Birth without consent! Raphael Samuel, A 27-year-old Indian claims to have plans to sue his parents because they brought him into the world without his permission. The man is an antinatalist, a supporter of a philosophical movement that assigns a negative value to birth. Antinatalists argue that people should abstain from procreation because it is morally bad. In scholarly and in literary writings, various ethical foundations have been adduced for antinatalism

According to The Daily Mail, the antinatalist movement is gaining momentum in India. An ever-larger group of young people would resist the social pressure to have children and to dime light on Birth without consent. “Children should not be forced to suffer in life”, is their vision. Raphael Samuel also addresses some of the frequent questions he is asked about on his unique opinions and explained what he means when he says he was born ‘without consent’ and against birth without consent.

Raphael Samuel (27) from Mumbai is a fan of antinatalism. “I have a good relationship with my parents,” he says. “But you cannot deny that they brought me into the world, purely for their own pleasure. I was made to bring them happiness.”

“I have a great life,” says Samuel. “But I do not think it should have been imposed on me. Why should I oblige someone to make their way through the hassle of life? Going to school, looking for a job, making a career, … certainly not if that person did not ask for it himself.” Samuel apparently believes it was wrong for his parents to go ahead and create him without his consent. And birth without consent is abnormal. “Your parents are two people at the age of 20-25 who just wanted a good night together and then they had you,” Raphael Samuel adds.

Raphael talks about respecting a person for who they are instead of merely because of their position.

He explained: “None of us have consented to be here, we just came here. We came by our parent’s discretion. They had a certain joy by having us – at times we were a mistake – but either way we were not asked.”

At TimesNowNews, Samuel stated that he wants to take legal action against his parents against birth without consent. “I want to make it clear to children in India that they owe nothing to their parents. In this country there is a myth that you must respect your parents. If you want to love your parents for who they are, that’s okay. But you should not do it, just because of their position as a parent.”

On his Facebook page ‘Nihilanand’ Samuel post anti-natal messages. There he compares the children with kidnapping and slavery. “If you really love your children, do not make it”, it sounds. He is also active on YouTube.

A similar meme posted on the Facebook page reads: ‘If parents truly know what is good for their children… why did they have them?’

Another asks: ‘Isn’t forcing a child into this world and then forcing it to have a career kidnapping and slavery?’.

In yet another picture he writes: ‘The only reason your children are facing problems is because you had them’.

Samuel is not alone in these extreme beliefs as there is a growing number of people around the globe who claim to be a part of a group called VHEM (Voluntary Human Extinct Movement) who believe children should no longer be brought into the world. They hold many reasons for why people should stop having children including easing the strain on Earth’s resources and adopting children who are already on the planet and need parents. 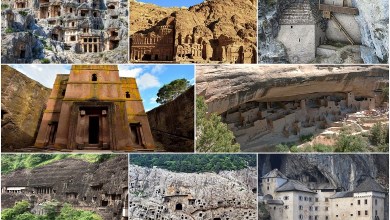