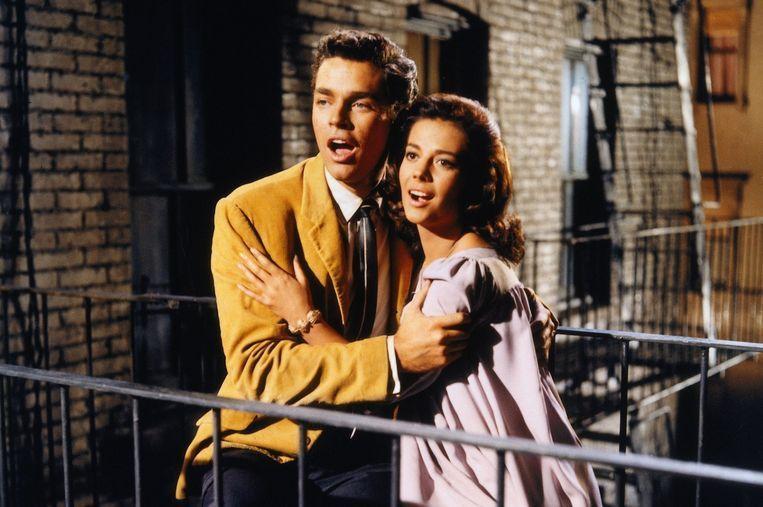 People who suddenly disappear, just like that. Bizarre deaths. Enigmatic plots. Conspiracy theories. In this new series, the weekly TV Family magazine unveils the biggest mysteries from international showbiz for you.

The cast of the new Broadway version of ‘West Side Story’ has just been announced. That stirs up memories of Natalie Wood, who played a leading role in the film. The unclear drowning death of the actress continues to touch a lot of people. More than 35 years later ‘new elements’ are still popping up…

Natalie Wood was one of Hollywood’s most glamorous stars in the 60s and 70s. It was, therefore, world news when she died in mysterious circumstances on the night of November 28 – 29, 1981. The police kept it at an accident, but no one actually believed it. Nathalie’s husband, actor Robert Wagner (now 89), became more and more in focus as the perpetrator.

The couple, Wagner-Wood, made a trip on their yacht to an island off the coast of California, in the company of actor Christopher Walken. Around seven o’clock in the morning, the coast guard found the lifeless body of Natalie, barely 43 years old. Two weeks later, the case was classified as an unfortunate accident. Natalie would have accidentally ended up in the water when she tried to sail away with the lifeboat. She had been drinking and could not swim. No explanation was found for the numerous bruises on her arms and legs.

She flirted too much

The case was reopened in 2011. The cause of death was changed from “drowning by accident” to “drowning and other undetermined factors.” The reason for that change is the book that the captain of Wagner’s hunt wrote about the drama. He heard the couple argue. Robert Wagner would have been jealous when Natalie on board flirted too much with Christopher Walken. A few bottles fell. Whereupon, according to the captain, Wagner shouted to his wife: “Get out of my boat!” She called the emergency services, but the promised helicopter didn’t come…

Robert Wagner has been considered a possible suspect since the reopening of the case. He would have refused to help his wife when she fell into the water. According to the researchers, his 1981 statement rattles on all sides. However, the now very elderly actor refuses all cooperation with the police.

In May, Natalie Woods’ sister Lana was a guest on TV with Dr. Oz. “It was after the funeral, at Natalie’s House,” Lana said. “I couldn’t find R. J. – As Robert was called – and they said he was upstairs in his bedroom. I ran up the stairs. He was sitting on the edge of the bed. I walked up to him and I said, ‘R. J., What Happened?’” Remember, I was informed of Natalie’s death by a friend, not by my brother-in-law. He never talked to me about it. Not a word. Except there in the bedroom. “It was an accident. I’m sorry… he said.”

Natalie Woods’ daughter Natasha (48), from her marriage to film producer Richard Gregson, is now working on a documentary, “Natalie Wood: What Remains Behind”. On the basis of images, letters, and conversations with relatives and friends of the late actress, she wants to paint a portrait of the woman who was her mother. We will probably never know exactly what happened on board the Splendour.

The Natalie Wood case is not the only mystery in showbiz. Guitarist Richard “Richey” Edwards was the most popular member of the Welsh Manic Street Preachers. Just before they were going on tour through the US, Edwards disappeared without a trace. He was last seen on February 1, 1995, by a taxi driver who had to take him to a bridge. Because many of the Manic Street Preachers songs were about self-injury, pain, and depression, it was believed that Edwards, 27 years old, committed suicide. In 2008 he was officially declared dead. His family, however, continues to look for an explanation, and the police are still investigating possible traces.

A book about this case was recently published, suggesting that the musician carefully planned and staged his own death. Richey’s sister Rachel cooperated and gave the authors access to his personal archives.

Disappearances seem to occur more often in the family of Richey Edwards. And Richey was already fascinated by hermit life as a child. According to his sister, he had asparagus, a form of autism, and explains why he tried to protect himself from the world.

The book also mentions an “important meeting” between Richey and a certain Vivian, the night before he disappeared. He would have given her his passport. “I don’t need it anymore,” he would have said. “Jerusalem” was written on one of his tattoos. Fans and relatives of Richey, therefore, believe that he lives somewhere on a kibbutz in Israel.

Frank Sinatra has tried to get Woody Allen killed by the mafia. At least, that’s what Hollywood says. When Mia Farrow discovered in 1993 that her husband Woody Allen was having an affair with her adoptive daughter Soon-Yi, she poured out her heart to her ex-husband Frank Sinatra. Mia and Sinatra had remained close friends after their divorce. Sinatra was mad at Woody, and according to biographer David Evanier he wanted to send the mafia at him “to break his legs.”

A concert organizer with whom Sinatra was close, later testified: “Frank wanted Woody Allen to be eliminated. He still loved Mia. He spoke to three people every day: his wife, his daughter Nancy and Mia.” In the end, the plan was canceled, allegedly because Frank’s connections with the Mafia thought it was “too much to ask.”

Child actor Joe Pichler played in two ‘Beethoven’ films in the late 90s and had smaller roles in various films and TV series. On January 5, 2006, Joe, then 18, left a comrade’s house after a party. He was never seen again. His Toyota was found abandoned days later on the parking of a Mexican restaurant. A letter would have been found in the car showing that Joe had suicidal thoughts.

The police have no real evidence to assume that Joe was abducted, murdered or committed suicide. But they assume he jumped off a bridge. Joe’s mother, however, does not believe that her son has harmed himself. According to her, someone is responsible for his disappearance.

Ever since his unexpected death on August 16, 1977, there has been speculation about Elvis Presley. Was his death staged? After all, remarkable stories have emerged over the years. The body that was laid out would have been much slimmer than Elvis in his last months. The corpse also seemed to sweat, which some suggest that a wax statue was eventually placed in the coffin. In the night after his death, one John Borrows flew from Memphis to Buenos Aires. Under that name, Elvis always checked in to hotels and airports to be left alone.

According to some, Elvis, who is now 84 years old, even played a part in the film ‘Home Alone’, which was released 23 years after his death. In the film, you can see an extra who looks a lot like him. Gail Brewer-Giorgio, who wrote the bestseller “Is Elvis Alive,” says she has scoured thousands of FBI documents for her book. Her conclusion: Elvis was an undercover agent of the FBI.

“He had to help them infiltrate a gang of blackmailers,” said the writer. “Elvis Presley had once done business with one of those gang members. When the criminals discovered that Elvis was a” mole, “he was threatened with death and placed under so-called witness protection.”

Others see an indication that Elvis is still alive on… his tombstone. His second name is spelled as ‘Aaron’, while that is officially ‘Aron’. “Putting his real name on it was taboo, considering he was alive,” it sounds.

That the death of Elvis Presley has been staged, however, is impossible according to another researcher, because: “All evidence and testimony indicate a death. To fake his death, The King had to be able to count on the help and silence of hundreds if not thousands of people all those years. And admit: what is the chance that something like that will succeed? Exactly..”