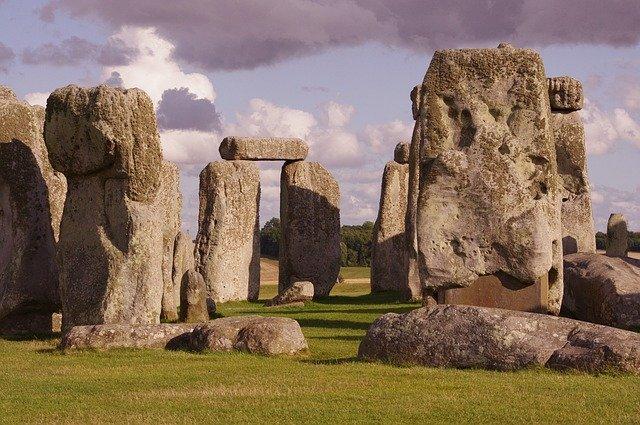 A mystical halo surrounds many purely historical things in our time. They are credited with magical powers, curses, the ability to endow people with something special.

Stonehenge: not a place of power

For several decades now, among the flow of tourists who want to look at Stonehenge, there has been a trickle of those for whom it is a place of worship for ancient forces, a place where you can recharge from the universe itself, and another riddle that can be solved by trying to understand the system by which stacked stones.

The thing is that the stones of Stonehenge are not at all where they were once found, not in the same configuration, and even, probably, not all of them are real and not a reconstruction.

Once, the British government considered making a good landmark out of scattered, fallen stones and arranging the “missing” stones as they saw fit. Instead, they were made specially from concrete.

It is difficult to say how accurately Stonehenge is a remake. Still, it is enough that its reconstruction was characterized at one time by archaeologists only as an act of vandalism and the creation of a fake.

Even if it was a place of power, according to all ideas about such places, horns and legs remained from his aura after such an outrage. Nevertheless, that does not prevent the most exalted tourists from feeling how the power in Stonehenge flows through them and hearing the whisper of ancient essences.

Perhaps they are asking tourists to stop trampling their graves in search of revelations. After all, burials were found on the territory of Stonehenge, so one can only imagine how the dead should curse everyone who walked inside.

There is a widespread legend that the ancient Egyptians hid papyrus with a curse in the bandages of each mummy so that everyone, be it an archaeologist, a robber or a curious one, who touches it, and even more so disturb the grave, will certainly be punished.

More practical people are worried about another question: if mummification was so popular among the ancient Egyptians, why were fewer mummies found than you might imagine? Each new one, whomever it belongs to, is a huge find!

With the number of mummies, everything is prosaic: ever since the Europeans discovered them, they began to eat them. In parts. As a medicine. They also began to make brown paint from the mummies. And in the salons of enlightened Europe, the fun was very popular – to arrange an evening of unfolding the mummy.

Naturally, this seriously damaged what could have been of immense archaeological value. Of course, some of the mummies were probably fake, but in general, many bodies of the ancient Egyptians were spent on medicines, paints, and parties.

As for the curse, all these numerous people – who swallowed pieces of mummies, painted with mummies, and undressed the dead – lived the most ordinary life. They did not have nightmares; their bodies were not covered with ulcers, most of them died an ordinary death. So the curse was not working.

Race of giants: was covered with wool

They like to distribute photographs on the network proving that a race of giants once lived on Earth – whether they were children of angels, Atlanteans, or aliens. In these photographs, people are standing over giant excavated skeletons.

The problem is that these skeletons cannot be seen anywhere else, except for photographs: neither in museums, nor in private collections, nor research laboratories, not even on video (and it has been customary to record video footage at excavations for a very long time).

In addition, all photographs have signs of retouching and photo collage, moreover, rather crude. And all because they are a photo collage: the originals of many pictures have even been found, and there are excavations, and there are people on them, but there are no skeletons of giants.

However, many refuse to believe any arguments (for example, comparing the direction of shadows). Instead, they argue that the authorities of different countries deliberately destroy the skeletons of giants not to rewrite history. Instead, for the sake of some newly found “hobbits,” they rewrite, according to the results of extensive DNA research they rewrite, and only for the sake of giants they are not ready.

Some argue that in museums, despite the intrigues of scientists and authorities, you can find too large jaws and teeth that look human. But these jaws are just described by science. They belong to gigantopithecus – huge apes a little less than four meters tall. Gigantopithecus lived when other giant fauna were full and died out for the same reasons.

In favor of the existence of giants, arguments such as the discovery of various kinds of ancient buildings made of huge stone blocks are cited. But these blocks are so huge that even giants would have to resort to engineering solutions to move and stack them on top of each other.

Isn’t it easier to assume that people were able to take advantage of such engineering solutions? Ancient peoples do not mean stupid. The subtlety of the work of many things made in the Stone or Bronze Age is sometimes amazing – as well as the ingenuity of their creators.

Mayan stone calendar: did not designate the end of the world

In 2012, many were waiting for the end of the world since the giant Mayan calendar ended with our 2012 year. This year, the era of people created from corn was supposed to end (that is, representatives of Homo sapiens; previous people, according to the Maya, were made of mud, corrals, and reeds).

However, perhaps, it was not the era of human life that should have ended, but the era of the whole world, to be replaced by a new one – and humanity to survive.

So 2012 was somewhat arbitrary (and, as it turned out, was incorrect in practice). In addition, it is rather strange to expect mystical but very accurate knowledge of the end of the world from people who believe that they are descended from corn. Why then not believe in mother corn?

By the way, the Aztecs also had a calendar (based on the Mayans!) And also with their versions of different consecutive ends of the world. So how is it worse than the Mayan calendar? According to it, the previous era ended with floods and hurricanes, which sounds reasonable; the next one will end with earthquakes, which also sounds reasonable.

One of the previous eras was closed with a fiery rain – and here you can remember the dinosaurs that could die out due to meteorites… But just before that era, jaguars ate all people. So no, perhaps this calendar should not be trusted either. Not a single ancient civilization known to us possessed truly accurate knowledge about the structure of the world, and the Maya, moreover, was younger than many other civilizations, for example, Ancient Egypt.