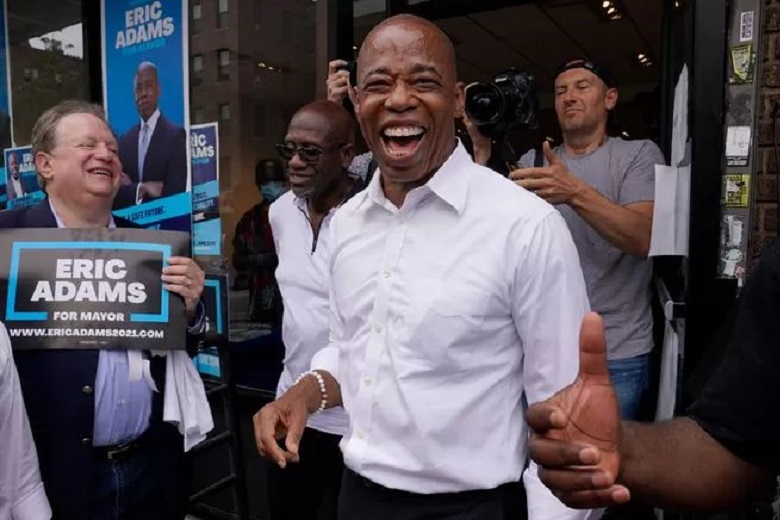 Black ex-cop Eric Adams has claimed victory in the Democratic primary for New York mayor. According to the new results from the election authorities, he stands at 50.5 percent with 403,000 votes, civil rights lawyer Maya Wiley is good at 49.5 percent with 395,000 votes. The AP news agency has also declared Adams the winner, although the final results will not come until mid-July.

‘While the votes are still small, the results are clear: A historic, diverse coalition of five boroughs led by New York workers has led us to victory in the Democratic primary for New York mayor,’ Adams said in a statement.

If he wins, Adams will face Republican candidate Curtis Sliwa in the November mayoral election. But that doesn’t really stand a chance in the Democrat-dominated metropolis, so the winner of the Democratic primaries will almost certainly become the new mayor.