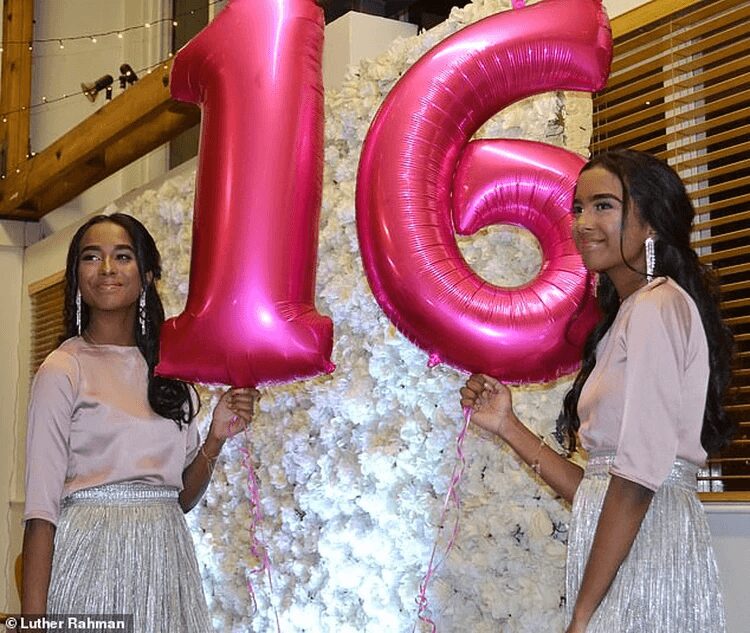 The British Zainab and Jannat Rahman are 16 years old. Zainab wants to enter Cambridge and become a paediatrician, while Jannat plans to go to Oxford and hopes to become a lawyer. “They are a miracle,” said the father

When they were born, Zainab and Jannat Rahman were joined by the chest and the liver. Their chances of survival, according to the doctors, were much less than scarce: one in a million. Sixteen years later, they are in perfect health. And they aspire to enter the most prestigious universities in the world.

The girls separated at six weeks of age in a pioneering operation of four and a half hours by a surgical team of 20 members in the Great Ormond Street Hospital, in the United Kingdom.

The sisters turned 16 on December 1.

“Everything we go through feels like a distant nightmare now, at that time I never dared to imagine this day, but looking at them now is amazing, they have already achieved much and against the worst possible odds,” said Mother Nipa, 36-year-old nurse, to the Daily Mail.

Zainab wants to enter Cambridge and become a paediatrician in Great Ormond Street, the children’s hospital in which they were operated and the most important in England. Meanwhile Jannat, studying three languages, plans to go to Oxford and hopes to become a lawyer.

“I’m the luckiest father in the world, when I see these two, I feel like God gave me a gift, we’re still appreciating him, every day, they’ve made us very proud,” said their father, Luther (42), a director of business development.

One in a million

The news that the girls were Siamese twins was revealed to their parents at the first ultrasound in 2002. The doctors advised the mother to consider an abortion: they had a chance of survival of one in a million, told by the doctor. In addition, if they survived, there is the possibility that one of the girls might lose a limb or end up with an illness. Luckily the organ they shared was the only one that regenerates, the liver, explained the father. “We were horrified when they advised us to abort them,” he said. “But we said, whatever they are, they are our daughters.”

The doctors were especially worried about Jannat: Zainab had kept her alive in the womb and, in addition, she had a heart problem. There was little chance that she would survive. Once separated, Jannat entered intensive care for a new surgery. During this time, Zainab, feeling the absence of her sister at her side, became restless, refusing food and unable to sleep.

“Zainab was looking for her, she kept looking for her sister,” said the father. “At first we did not click on what the problem was, but then one of the nurses had an idea and looked for a mirror, put it in her crib and suddenly Zainab started looking at her reflection and smiled, then she was happy again.” Just like when they were babies, Zainab and Jannat are still inseparable. The girls, who claim to be “best friends”, in sixteen years have spent a single night apart, once Jannat became ill and had to stay at the grandmother’s house.

“We have no reason to be separated”

Zainab added: “We go to the same school and we have the same friends, we are best friends, but sometimes we fight like any other brother.” Now they prepare to be separated for a while, when Zainab, who studies Latin, will travel to Rome with her school next month. Jannat, on the other hand, dreams of living abroad after her studies.

Although the father does not think they can spend much time away. “They will end up in the same university, the same campus, the same city and even the same dormitory, they will always be together, I’m sure,” he joked.

He concluded: “They are a miracle, and I tell them that they are here because of a greater need in this world, to achieve good things and to treat people with respect and kindness.”