Edward Mordrake was a man reportedly known for his existence with two faces. The alleged incident happened in England during the 19th century. He was born with an unusual spectacle. The front face is handsome, while the back is ugly and look evil.

A history about an unusual man, Edward Mordrake, who lived in England at the end of the 19th century, has been making waves worldwide for more than a hundred years. Modern doctors are aware of such cases. There are similar people among those living now, but Edward Mordrake is questioned since the circumstances of his life seem too incredible.

Despite this, the image of a man with two faces, suffering from ugliness and forced to coexist with his second self, become attractive to writers, artists, and musicians and is actively exploited in art. Basic information about this man’s life was obtained from the book “Anomalies and Curiosities of Medicine”, published in 1896. Its authors – two American physicians, George M. Gould and David L. Pyle, have collected the works of all kinds of bizarre medical cases, including the story of Mordrake.

Edward was allegedly born into one of the noblest families in England in 1887. The child was born with an unusual spectacle: behind, on his head, he had another face, which, moreover, was “alive” – could open his eyes, laugh and cry, but he never spoke and could not eat.

The young man, despite the anomaly, grew up beautiful and gifted: “All his acquaintances spoke of him as a bright person. Friends said that he was gifted with God’s favour and played well on various musical instruments. Those familiar with Edward Mordrake say that he had a very handsome face, but only in the front. Behind the back of his head, he had a different look, which seemed to ooze evil and was very ugly.”

Further in the book, a completely logical explanation was that this anomaly is known in the medical field as “Craniopagus parasiticus” – a parasitic Siamese twin, almost entirely absorbed by a stronger brother. I must say that science at that time was aware of such cases.

Even though the deformity did not physically interfere with Edward, his mental health gradually deteriorated. They began to notice that the “second person” often expressed opposite emotions – it seemed to be gloatingly happy when the young man was sad, and vice versa, cried when he was in a good mood.

At a time when people around him never heard a word spoken by the second face, Edward, however, swore that he often woke up from the fact that the second face whispered something.

According to the writers, Mordrake asked surgeons more than once to remove his second face; he was ready for a complex operation. He claimed that his “evil” face whispered devilish words to him at night. Fearing a lethal outcome, none of the doctors dared to undergo an operation of this kind.

Despite the watchful eye of doctors, family and friends, at the age of 23, Mordrake committed suicide by shooting his second face. In a suicide note, he asked, allegedly, to cut a “demon” out of him before burial. True, as the author notes, it is not known whether the doctors complied with this request.

If we rely on the source itself, the book, although written by doctors, does not guarantee reliability. The fact is that about a year before its publication, the Boston Post newspaper published an article by science fiction writer Charles Lotin Hildreth entitled “Miracles of Modern Science: Demi-Human Monsters Considered Children of the Devil.”

It was in it that the story of Edward Mordrake was first described, and it seems that venerable authors copied it from there, mistaking it for a scientific publication. Today, this story, along with a photograph of two-faced Edward, goes viral on the Internet from time to time.

The actual photo of Mordrake does not exist, and in the replicated picture, there is a wax figure created by artists based on a famous plot. Whether such a person lived is not clear. Despite the plausible story,

On the one hand, similar cases of twins splicing are known in medicine; they are called Parasitic craniopagus. For example, a child named “The Two-Headed Boy from Bengal” was born in 1783 and died of a cobra bite in 1787. His skull is kept at the Royal College of Surgeons of England.

Today, there is a boy with a similar anomaly, who lived to be 15 years old. True, he succeeded only, thanks to the dedication of his parents and modern medicine. Tres Johnson of Bernie, Missouri, and Mordrake are called “the man with two faces.” So, in principle, it is impossible to reject such a case from a medical point of view.

However, the details of Mordrake’s rich personality and musical talent raise doubts. All such babies known to doctors were mentally disabled. This is almost inevitable when twins are spliced like this. Tres Johnson, in addition, suffered from headaches and seizures after birth, as a result of which he underwent several operations.

So, if such a phenomenon could survive and grow in the 19th century, he had practically no chance of being a full-fledged person. It is possible that the author, taking as a basis some real case of the birth of a twin parasite, creatively embellished reality while creating a negative but compassionate image of a person forced to carry the evil personality of a brother who merged with him.

The blob: a mysterious creature with primitive intelligence

Secret of the most ancient Egyptian pyramid reveal by Scientists 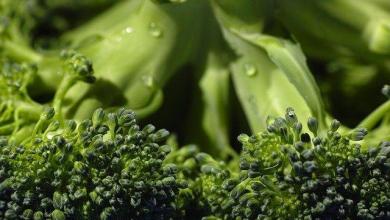