Obesity, high blood pressure, diabetes, and heart failure are all factors that increase the risk of ending up in hospital in the event of Covid-19, according to scientists.

Four risk factors for Covid-19 have been identified by a new study published in the Journal of The American Heart Association. The researchers used mathematical simulations to estimate the number and proportion of hospitalizations that could have been avoided in the United States if people had not suffered from these four conditions.

They analyzed the figures prior to 18 November 2020, when “the number of Covid-19-related hospitalizations among American adults” was “estimated at 906,849”.

Of these, 26.2% were related to hypertension, 20.5% to diabetes, and 11.7% to heart failure. The greatest risk was obesity, responsible for 30.2% of excessive hospitalizations. A conclusion that one of the authors of the study, cardiologist and nutritionist Dariush Mozaffarian, specifically mentioned in a tweet.

According to the researchers, if the number of each of these illnesses fell by 10%, it would be possible to reduce hospitalizations by 11%.

The study also found differences in the number of hospitalizations by age and ethnicity.

Another risk factor is the patient’s age: in 8% of the cases, the hospitalization concerned diabetic patients under 50 years of age, while people aged 65 and over were in hospital in 29% of cases.

For all four diseases, the percentage of hospital admissions was highest among dark-skinned people. Thus, according to the study, Blacks and Latin Americans are the most affected by a coronavirus.

The results of this study “highlight the need to prioritize vaccine distribution to people with cardiometabolic diseases, especially among high-risk demographic subpopulations.”

However, this “modeling approach does not prove that improving cardiometabolic health will reduce the risk of hospitalizations related to Covid-19”, add the study authors. 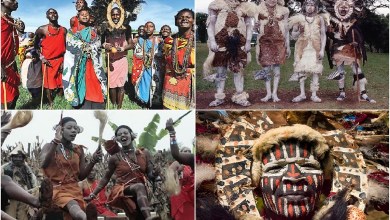