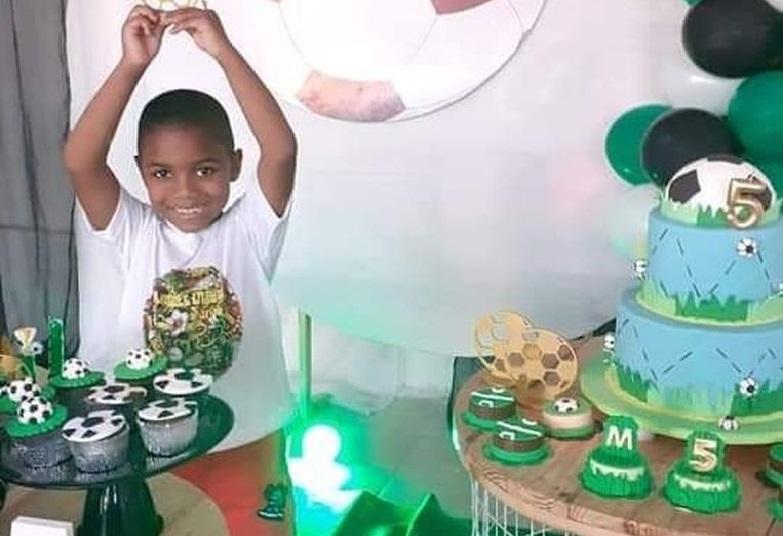 In Brazil, anger has arisen over the death of a 5-year-old boy. He fell from the 9th floor of a flat in the northeastern city of Recife while under the care of the woman with whom his mother does the housework. Video footage shows the woman leaving the kid in an elevator and pressing one of the top buttons. “Why? She let my son die,” says mother Mirtes. “But I want justice.”

Mirtes Renata is what they call a ‘Guerreiro’ in Brazil. A proud, brave woman of pure origin, who makes many sacrifices for her family. On Tuesday morning, she leaves from her home in the slum Barro in Recife to the chic apartment complex Maurits van Nassau in the center, named after the Dutch governor of northeastern Brazil in the seventeenth century.

For four years, she has been taking care of the apartment and the children of her employers, Sérgio Hacker, mayor of the coastal town of Tamandaré just outside the city, and his wife, Sari Corte Real.

Despite the corona pandemic that has gripped Brazil, Mirtes just keeps working. She needs the money, and her bosses don’t want to continue paying her without working. She also gets the virus herself, presumably infected by her employer Sérgio, who self-quarantines in April because he is infected.

She takes her 5-year-old son Miguel to work. Schools and nurseries are closed because of the coronavirus, her mother and ‘regular babysitter’ have other obligations that day. After Mistress Sari asks her to take the dog for a walk, a drama unfolds: Miguel misses his mother, starts crying and becomes rebellious.

Sari, who is just having her nails done by the manicure at the time, gets annoyed. Miguel opens the door to the stairwell, then the elevator. Video footage later released by the police shows Sari pressing one of the top buttons. Miguel opens on the ninth floor. He climbs over a fence and falls down 35 meters.

Just then, Mirtes enters the field again and sees Miguel lying on the ground, injured. She takes her only child in her arms and speaks sweet words to him. “My boy, don’t leave Mommy alone. My sweetheart, Mommy is here, “I told him. He was still breathing,” but his eyes were not blinking,” she says in an emotional TV interview on the Brazilian channel TV Globo.

A doctor from the complex provides first aid. Miguel, who dreamed of a career as a professional footballer, dies in the hospital shortly later. “Miguel is now a star, in the womb of Maria,” says Mirtes.

Police have arrested employer Sari on suspicion of wrongful death. After payment of a deposit, she was re-released. However, her identity does not reveal the police, which is unusual in Brazil. Only when Mirtes tells on television who her bosses are, it becomes clear that it is the mayor’s woman.

Mother Mirtes is furious and very disappointed in her owner. “She often left her children with me, so I looked after them as if they were my own. And now, once, I entrust my son to her, and she has no patience. Miguel could be tricky at times, but he was a child. Why did she do this? Miguel was all I had. She killed my child. I want justice, and I will get it there, even if it means sleeping under a bridge.”

What started as a local drama in the corner of Brazil has grown into a national tragedy. The major, national media now reports about the case, which brings together many mourning edges of Brazilian society: the contrast between black and white, rich and poor, the class society, the coronavirus.

The tears of Mother Mirtes have touched many Brazilians. They fear with her that Sari, released on bail, like her husband from a wealthy and powerful family in the area, will “get away” with a light sentence.

Many well-known Brazilians also meddle with the case on the internet and call for ‘justice for Miguel’. 1.8 million people have now signed an online petition for this.