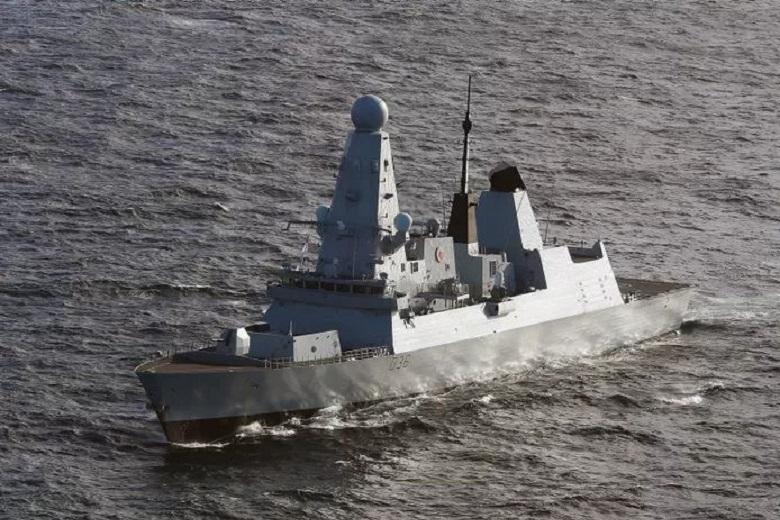 The British army on Wednesday denied that the Russian army had chased a British ship into the Black Sea. Warning shots were fired, and a nearby fighter plane dropped four bombs into the sea, Russian media reported.

On Wednesday, the British government denied that they had been shot at by Russians and stressed that the ships were passing peacefully through Ukrainian territorial waters. The British suspect that the Russians were holding a target practice. The Defender is mentioned in the Russian media as the main intruder, but that naval vessel was accompanied in reports by the air defense and command frigate Evertsen of the Royal Dutch Navy.

According to Russian media, the British ship HMS Defender had violated maritime borders. It sailed three kilometers deep into “Russian territorial waters,” the state news agency Sputnik News reported on the authority of the ministry. The incident happened near Cape Fiolent, about 13 kilometers south of Sebastopol.

While Western military maneuvers were underway, the British warship was warned that violating Russian territorial waters would involve deadly force. But the warning was without effect. A Su-24 fighter jet then dropped some counterfeit bombs on the ship’s trajectory, and a border patrol ship fired warning shots to force the Defender to leave territorial waters. After the incident, the Russian Ministry of Defense summoned the military attaché of the British embassy in Moscow, according to Sputnik News.

Sevastopol on the Crimean peninsula has been one of the most important Russian naval ports since the end of the eighteenth century. In 1954, the then leader of the Soviet Union, Nikita Khrushchev, decided to annex Crimea to Ukraine. After the collapse of the Soviet Union in 1991, Crimea remained with Ukraine.

In 2014, a pro-Russian president was ousted in Kyiv, and tensions between pro-Western and pro-Russian Ukrainians continued to mount. Russia saw in the crisis an opportunity to regain Crimea and annexed the peninsula. But for most countries, Crimea, with its coastal waters, is still officially Ukrainian.