After a first suspension, the trial of the 2015 failed coup in Burkina Faso resumes on Wednesday, March 21st – it opened on February 27th.

A total of 84 accused are tried: 18 civilians and 66 soldiers including Generals Gilbert Diendéré and Djibrill Bassolé, suspected brains of the coup attempt, where soldiers of the Presidential Security Regiment (PSR) had tried in vain to overthrow the transitional government set up after the fall of President Blaise Compaore.

In the balance: 14 dead and more than 250 wounded. The hearing begins at 9:00 am (local and GMT) before the Trial Chamber of the Military Court. The trial is expected to last several weeks.

On September 16, 2015, tension is at its height between the transitional authorities and the presidential security regiment. The council of ministers must adopt the decree proclaiming the dissolution of the PSR. It is then that soldiers invest the Council of Ministers. They arrest President Michel Kafando and Prime Minister Isaac Zida.

Then engage in discussions between the military and civilian and military personalities. No solution is found. The next day, September 17, Gilbert Diendéré is appointed the chairman of a National Committee for Democracy.

In the big cities, demonstrations break out. PSR elements fired live ammunition. The loyalist fringe of the army is moving, the international community condemns the coup. The coup is running out. On September 23, Michel Kafando is resettled as president. A week later, Gilbert Diendéré surrenders.

The main defendant, General Gilbert Diendéré, is Blaise Compaoré’s former right-hand man and former boss of the Presidential Security Regiment. His version of the facts: NCOs were at the maneuver of the coup d’etat and it was to avoid a bloodbath he finally agreed to assume it himself. Will he tell the whole truth at his trial? His lawyer Mathieu Somé promises.

Second key figure: former Foreign Minister Djibrill Bassole. He is being prosecuted in particular for “treason” on the basis of the recording of a telephone conversation he had with the president of the Ivorian National Assembly, Guillaume Soro, in which he is heard to affirm his support for the putsch. The plays were declared admissible even if his lawyers continue to denounce a montage.

Among the 84 accused, a dozen NCOs such as Nébié Chief Warrant Officer said Rambo, Sergeant-Chief Kossoubé aka Touareg and Chief Warrant Officer Eloi Badiel. It is these soldiers who are suspected of leading the commando that took the government hostage. Thirty witnesses expecting to be heard.

DRC: Joseph Kabila will not seek a third term

President Ramaphosa suspends the head of the tax authorities 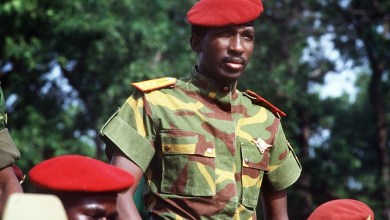 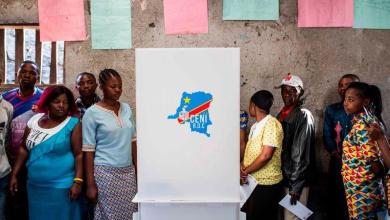