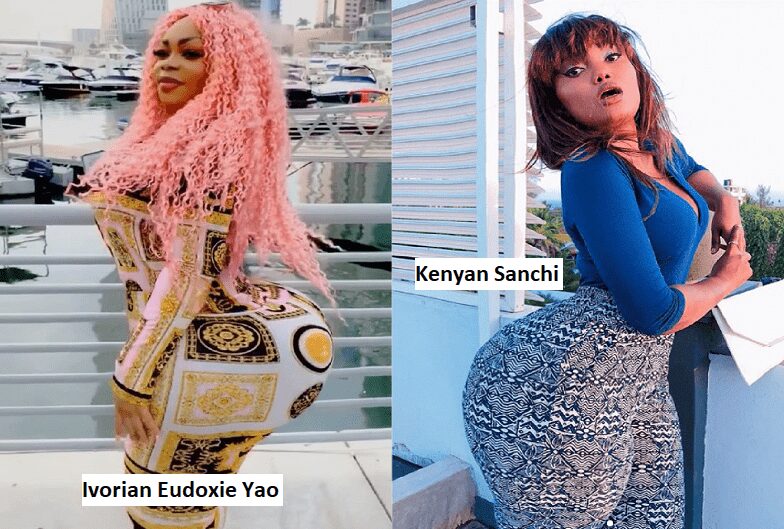 For a while, she has been trending on social networks. Like a fragmentation bomb, the Kenyan Sanchi is visibly gone to snatch the star from the Ivorian Eudoxie Yao.

In terms of roundness, and massive hip, of course! Can she make it? This is the issue that is being debated across the African countries. One thing is for sure; neither of these two voluptuous women goes unnoticed.

Nicknamed “the rival of Eudoxie Yao”, does Sanchi weigh in against the Ivorian, who, during a brief visit to Dakar, Senegal, knocked out dignitaries of this West African country?

It’s up to you to judge, through these photos below.

The positions are decided. If some people vote for Eudoxie Yao, whose measurements are far larger than that of Sanchi, others, on the other hand, see Kenyan Sanchi the ideal round woman. Very round, not too round, all wrapped in a visibly flexible body.

As we can see in some photos where Sanchi appears, very flexible.