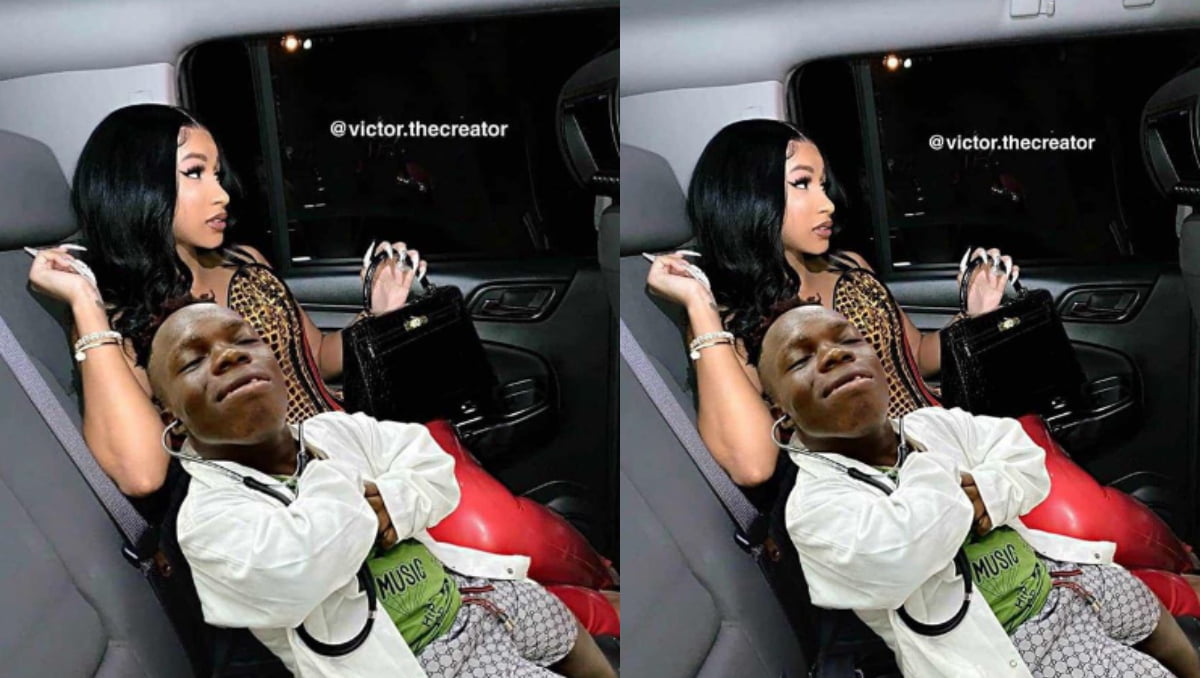 Cardi B, who dashed all hopes of self-proclaimed billionaire Shatta Bandle, has been taken by storm by her fans on social media, to the point that she takes a somewhat surprising option. What will Shatta Bandle do?

Black-American artist Cardi B’s decision to reconnect with her ex-husband Offset has not thrilled many of her fans and other supporters. Undoubtedly in this batch, suitors, like the self-proclaimed billionaire, the Ghanaian Shatta Bandle, who had recently posted a photo mounted, while he was well snuggled up against the American singer.

Criticized by Internet users who, since she decided to return with Offset, have gone all out, Cardi B, who no doubt could no longer bear the clashes and other opinions on her decision to get back into a relationship with her daughter’s father, finally took the option of keeping her distance from some of her fans.

Attempts to convince her, having been initiated by some who did not hesitate to get in touch with relatives of the American rapper, asking their intervention because being convinced that Cardi B had lost the sense of discernment. Enough for the artist to come out of his gongs and slam his fans.

During a live Instagram, Cardi B has indeed challenged and scolded her fans to whom she did not hesitate for a single second to remind them that they are going too far and that they must respect her privacy.

Cardi B, who did not appreciate the behavior of her fans at all, also recalled that she is an adult, and therefore solely responsible for her choices.

Emphasizing that she was also a mother, the musician insists that she is therefore, not accountable to anyone. And to wrap it all up, the rapper, pushed to the limit, simply deactivated her Twitter account.

This, from Monday, October 19, 2020. Without a doubt, Destroyed dreams, including those of Ghanaian Shatta Bandle, who had started to wink at the singer.

Cardi B reunites with husband Offset: “I missed the sex”

Will he succeed or dreaming? Shatta Bandle sets his sights on Cardi B

Chioma or Cardijat: Cardi B asks fans to choose her Nigerian name

Ghanaian fans furious against Cardi B