While many economies around the world are still hampered by the Covid-19 epidemic and the resulting restrictions, China recorded a 7.3% growth in industrial production in December and 6.5% GDP growth in the last quarter of 2020.

According to the National Bureau of Statistics of China, the Chinese economy grew throughout 2020, with GDP increasing by 2.3%. This means that it is the only major economy to have avoided a contraction during this year marked by the health crisis, notes Reuters.

In the last quarter of 2020, China’s economy grew even faster than experts had predicted, even though the country faces several problems, most notably trade tensions with the United States.

Official data published on 18th January show that China’s GDP grew at an annual rate of 6.5% over the October – December period, while economists interviewed by Reuters expected an average increase of 6.1% after a 4.9% growth in the third quarter of 2020.

China’s industrial production jumped last month by 7.3% year-on-year, its highest growth rate in 2020. But, as a sign of the impact of the pandemic, the figure rose by only 2.8% for the year as a whole.

A major increase in exports

The strong recovery in activity in China at the end of the year can be explained, among other things, by exports, in particular by strong demand for medical equipment, analyst Rajiv Biswas, of the firm IHS Markit, told AFP.

Statements confirmed by Chinese customs figures cited by Le Figaro, according to which Beijing’s trade surplus with the United States increased by 7.1% to reach 316.9 billion dollars.

Amid the epidemic, China has seen an increase in its exports of medical products and teleworking equipment, such as computers.

However, this is the smallest increase in Chinese GDP in several decades. The Bureau of Statistics has also declared that the national economy had faced last year “a serious and complex situation both at home and abroad” because of “the enormous impact of ‘epidemic’”.

The first country affected by the Covid-19 epidemic, China experienced a particular decline in its growth in the first quarter of 2020, with -6.8%. The gradual improvement in sanitary conditions has enabled GDP to rebound. 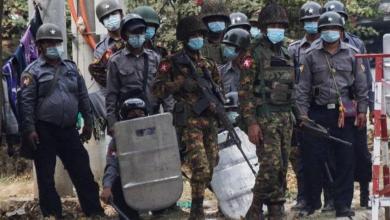