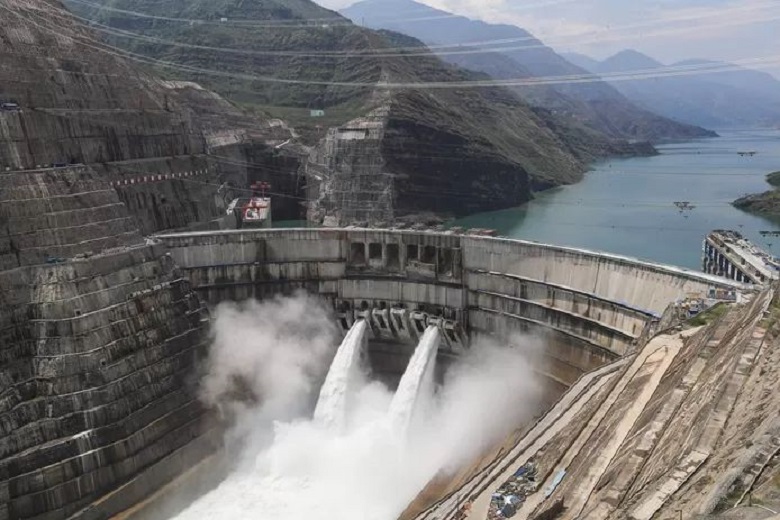 The hydroelectric power station is built on the border of Yunnan and Sichuan provinces, on the course of the Yangtze River. In the long run, the power station should supply enough electricity to meet the annual needs of half a million Chinese.

The plant began supplying electricity on Monday. At full capacity – planned for 2022 – it will have a capacity of 16 gigawatts. Only the Three Gorges Dam – also on the Yangtze, China’s longest river – is even more powerful (22.5 GW).

With the construction of hydroelectric power plants, China wants to reduce greenhouse gas emissions caused by coal plants. But there are also ecological consequences. For example, the construction of the Baihetan dam would be detrimental to the fish stock.

There is also an impact on the local population. It is estimated that 100,000 people were forced to relocate due to the project. The construction company China Three Gorges Corporation (CTG), which builds and manages the dam, says it has allocated 70 billion yuan to financially compensate residents and build new houses.