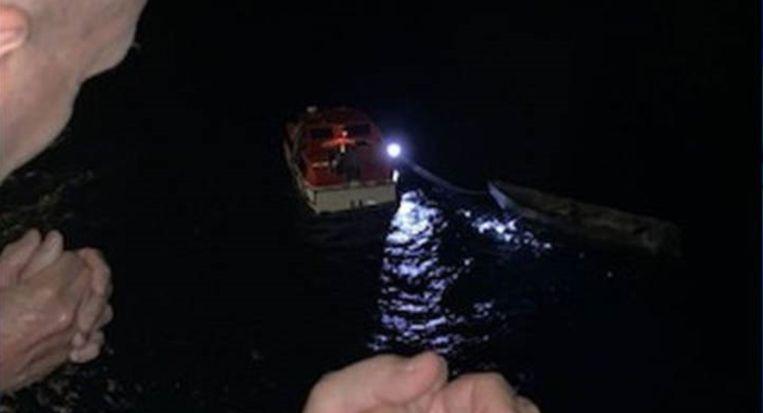 Two Costa Rican fishermen, who have been floating around the Caribbean Sea for over three weeks, can still celebrate Christmas with their families. Thanks to the accidental change of course of a cruise ship. The attentive crew picked the two on Friday, from their adrift boat.

The fishermen left Puerto Limón on December 1, threw their nets off the coast and fell asleep. The wind drove the vessel, not much bigger than a rowing boat, then to open water. When the two sleeping heads awoke, the fuel appeared to be gone. Surrendered to the whims of the sea, the fishermen drove around for three weeks. But help was coming. On Friday, the cruise ship Empress of the Seas, which had departed from Miami earlier, had to change course due to an approaching storm. The change of course brought the floating holiday island perfectly to the position of the unfortunate fishermen. Around seven o’clock in the evening the crew mocked the two in the middle of the fierce waves.

The uncontrollable fishing boat almost made it. “It is really a miracle,” says James van Fleet, chief meteorologist at Royal Caribbean International. The ship should normally not have been around, but should be heading to Cuba. “Call it pure luck, the position of the stars, God or whatever you want to believe.” Between the Cayman Islands and Jamaica, the holidaymakers were now full of admiration as to how the two fishermen were rescued. The more, because the duo has spent more than three weeks with food and water for 7 days. “Between the waves you could only see a fishing boat, on which someone with a flashlight made an SOS signal,” says one of them.

“It was anxious to see,” Christine Spadola told ABC News. “The boat capsized almost between the huge waves.” “Because of the severe weather, it took almost three hours to get both men offboard. Once in safety, the fishermen and their rescuers were welcomed with applause.” A highlight of the journey that shows the best in people. One of the two weakened fishermen was not in a state to walk after all weeks at sea and had to be carried. A medical team took care of the Costa Ricans and took them to a hospital in the Jamaican city of Ocho Rios. That went better soon. “I think I saw a Christmas miracle,” laughs Van Fleet. “What do you think?”