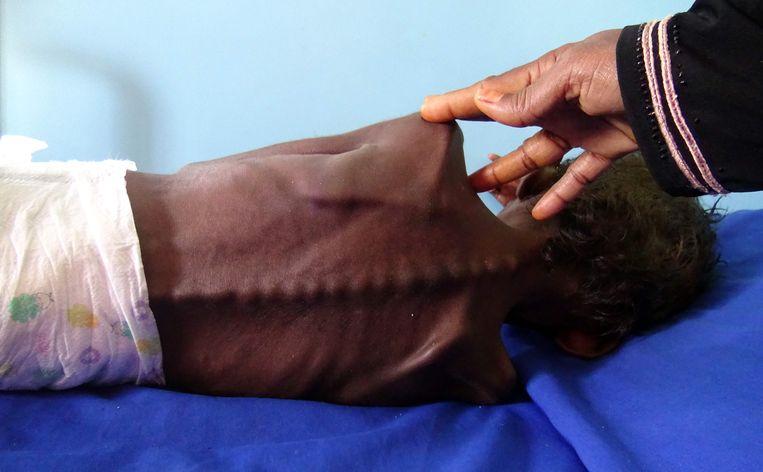 “It has been enough.” The impressive cry for help comes from Tawakkol Karman (39), a human rights defender from Yemen who received the Nobel Peace Prize in 2011. She sees how the international community is watching while her country is being destroyed.

Great suffering of the population in Yemen is prolonged by outsiders, writes Karman in her gripping indictment. Saudi Arabia, the United Arab Emirates (both with the support of an international coalition in which the United States and the United Kingdom are actively participating), but also the Houthi rebels (supported by Iran) conduct a regional power struggle, which is no longer about the interests of the Yemenis. They are stuck with the horrible lumps: the country’s infrastructure is in ruins; millions of people are threatened by hunger and the worst cholera epidemic has been in place since time immemorial. 56,000 deaths have already fallen and are even worse.

“Since the beginning of the war in 2014, the Saudis have surpassed their allies well,” says Karman. “Why can the legitimate government not return to liberated areas? Why all those massacres of civilians – in markets, refugee camps, hospitals, weddings and funerals, schools and residential areas? Why all this time an air, sea and land block? Why did Saudi Arabia and the United Arab Emirates, two of the richest countries in the world, continue this humanitarian crisis? Instead of receiving refugees, Saudi Arabia expelled tens of thousands of guest workers and businessmen, just those who could keep people in Yemen.”

Questions that are now being asked by the UN. After the murder of the Saudi journalist Khashoggi, Saudi Arabia is under a magnifying glass and there is new pressure to end the war and seek a political solution with the Houthi rebels. They would like to come to Sweden for consultation next month.

These rebels also take Karman into her indictment. “They have to stop their destructive behaviour and no longer receive weapons and other support from Iran. It is an extreme group that is hostile to civil rights and they have countless crimes against human rights on their conscience.”

In the midst of the continuing suffering of the population, the Red Cross tries to help. That works hard as long as the fight continues.

The latest findings of the employees on site are worrying. A large part of hospitals and health care is no longer operational due to the conflict. Food prices have risen enormously, so that people can hardly buy meals. The citizens cook leaves, eat a mixture of flour and water or share a loaf with a large group of people. The sale of oil, for example, went earlier per bottle, now per spoon. Dutch Red Cross spokesperson Iris van Deinse: “We see an increase in people with malnutrition who knock on the door at the hospitals that support the Red Cross in Yemen. In Hodeida, Red Cross aid workers have been to a shelter where 36 families (about 300 people) have been in a school for three months, without having mattresses or access to basic services.”