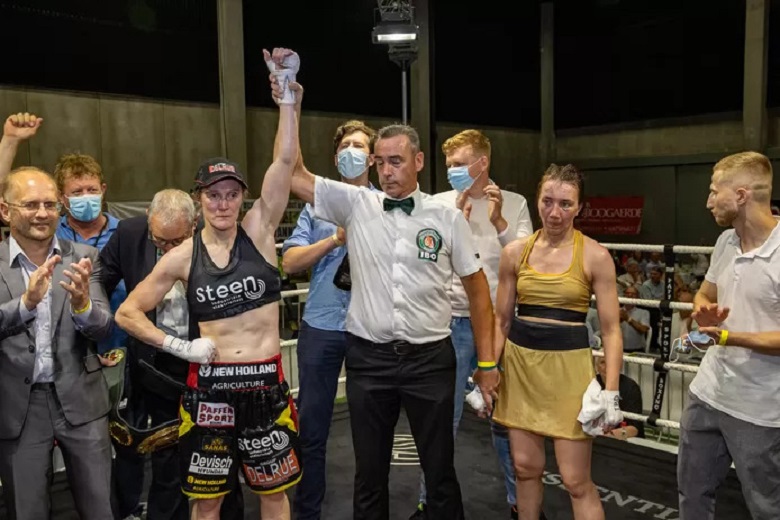 Persoon thus officially becomes the challenger of 24-year-old British Terri Harper (11 wins, 0 defeats, 1 undecided match), the reigning WBC and IBO world champion. She did everything she could to take Gradinar out before the end of the bout, ten two-minute laps, but the Russian held out.

On June 1, 2019, Persoon and the 2012 Olympic champion competed against each other for the first time in New York’s Madison Square Garden, with the aim of winning the title of undisputed world champion. At the time, Persoon still held the WBC title. In New York, Delfine Persoon lost 95-95, 96-94, and 96-94, while the majority of the observers had seen a victory for the West Flemish.