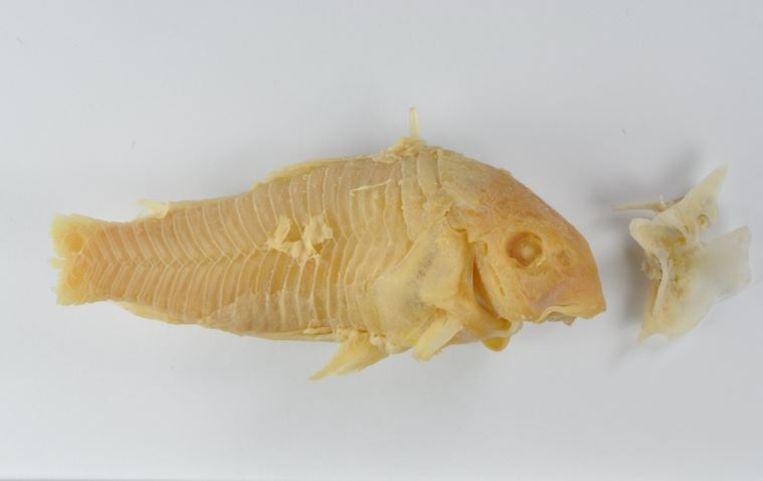 People do stupid things when they have drunk a glass too much. Some dance or something that should look like that, others roar loudly along with the music. And then there are some drunks who swallow poisonous fish alive.

Inspired by Jackass, a television program from the USA where some stuntmen perform the most absurd and dangerous stunts, some twenty-somethings from Rotterdam decided to swallow live fish during their drink parties. It started with innocent goldfish, but one day they were replaced by a bronze armoured catfish, a popular fish in aquariums of enthusiasts. And because the TV heroes of Jackass filmed their stupid adventures, the Rotterdammers did the same. Spoiler alert: the film ends with a visit to the hospital.

The bronze armoured lake is a small fish. Yet it is not an attractive prey for larger fish or birds. And that has a good reason: the catfish is equipped with a handy defence mechanism. This way they put some spines upright when they feel threatened. Then a poison is released. “Predators who try to swallow the fish die”, says Kees Moeliker, a Dutch biologist and director of the Natural History Museum in Rotterdam.

That was what the men experienced personally. After one of the residents of Rotterdam put a glass of clear water with the fish greedily on his lips, he soon realized that he had made a big mistake. All but four seconds later, he spat out the water and the fish. The armoured catfish had used its defence mechanism for the first time, with success.

The still living fish was shot by one of the friends from the table and passed on to someone else. He swallowed the fish. The 28-year-old victim started gagging a few seconds later, but could not surrender. Desperately, he pushed his fingers in his throat several times, without success.

After visiting hospital, the doctors described as “wrong” – Heimlich manoeuvre and blood drops, the man visited the Erasmus Medical Centre in Rotterdam. The doctors examined his larynx and soon discovered a “fish-like structure” in the man’s body. Then the twenties, with great precision, was successfully operated.

The dead fish, stitched in the throat of the drunkard, has been immortalized in the Natural History Museum in Rotterdam. He joins the collection “Dead-Animals-with-a-story”. The exhibition shows some ‘famous’ animals and how much people can sometimes collide with them. The fish can be proud of that, because other dead residents include the weasel that completely flattened the CERN particle accelerator in 2016.

The Dutch twenties will (hopefully) never swallow fish when he has drunk. His experience was also immortalized in a medical report that was later published by the journal Acta Oto-Laryngologica Case Reports. In it the film of the men was described in detail. The article received the title: “A jackass and a fish”.

Do you take a shower every day? ‘That’s actually too much’