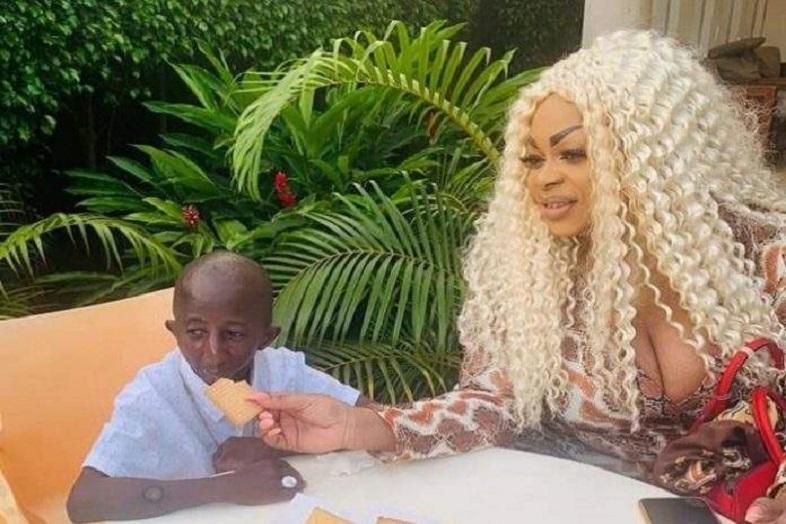 Grand P has decided to move up a gear with his lovely Ivorian “African biggest hip”, Eudoxie Yao. The Guinean artist has announced that he will be getting married, with the love of his life, next December. He had promised her a dowry of 5 million FCFA and even other gifts.

The famous soap opera Grand P and Eudoxie Yao will certainly soon offer us other more romantic and more exciting episodes. The couple continues to make their buzz and show up on social media whenever the opportunity arises.

For a few days now, the Ivorian Eudoxie Yao has been in Guinea with her fiancé Grand P.

During a live on Grand P’s Facebook page, the two most scrutinized lovebirds on social networks in West Africa raised several topics about their future with fans.

Eudoxie made it clear once again that he loves and cares a lot about Grand P. She indicated that their relationship is not based on money, even if some detractors continue to criticize her in this sense. She let it be known that she already had her money before meeting Grand P.

In the live program, Grand P reiterated his love for Eudoxie Yao and promised her a most beautiful wedding next December. “She is my life, and everyone knows it, my family is happy. I will marry her soon, in December, and it will be a global wedding…” said Grand P.

Eudoxie Yao has already given her heart to Grand P and would also be ready for the just wedding. “A lot of people are happy about our love, and a lot of people talk rubbish about our relationship. Stop saying that we love each other for money. There is no money between him and me,” she hammered.

Note that Eudoxie Yao is waiting to celebrate Grand P’s birthday in Guinea, scheduled for October 11, before returning to Côte d’Ivoire.