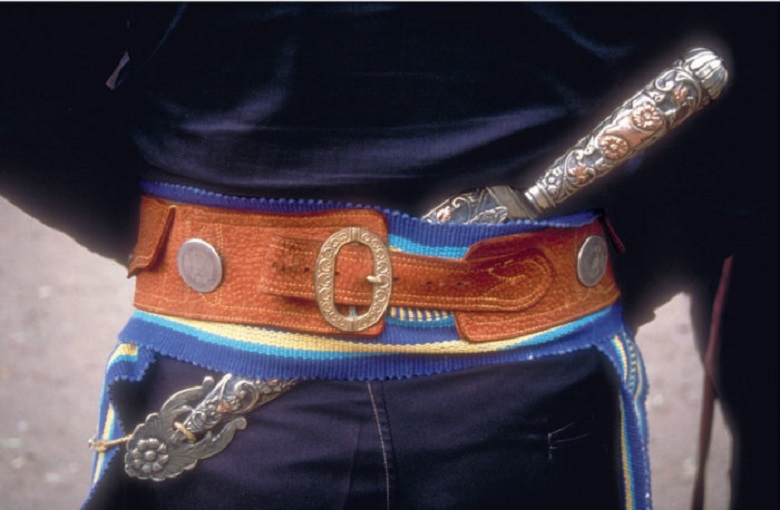 Some people are unofficially called hot for their violent temper. The Argentine Gauchos are one of them. Descendants of Indian women and Spanish colonizers gained a reputation as bullies and dangerous brigands, because of which the official authorities even began to fight against them. And now they do everything to preserve the cultural type of the real Gaucho.

Until now, scientists have not come to a consensus on the origin of the name “Gaucho”. Two versions are considered the most popular. According to one of them, the name comes from the Arabic “chaucho” (“whip for cattle grazing”). Thus, the people were named according to their occupation. The second version states the South American origin of the self-name, derived from the Native American language, “huachu”, which means “vagrant, orphan”.

The pampa, a steppe area in southeastern South America, is considered the home of the Gaucho. Most of the vegetation here is evergreen shrubs and cereals, typical of the forest-steppes of Europe. The fauna of this area is not particularly diverse – many rodents, armadillos, pampas deer, pampas cat, and birds can be found here nandu ostrich. Pampas is used mainly for cattle breeding, hence the main occupation of the Gaucho – most of them work as shepherds.

Gauchos are also an ethnic group similar in spirit to North American cowboys. It is believed that the formation of their culture began in the sixteenth and seventeenth centuries. The Gauchos are the descendants of Native American women and white Spanish conquerors. When numerous colonies began to secede from Spain, members of this ethnicity turned into bandits who rich people hired to subdue their ill-wishers. Historians find similarities with the wild West; drunkenness, debauchery, and robbery were also common here, all of which were considered indicators of manhood and valor.

Interestingly, when peace and order were established in Argentina, the headstrong Gaucho did not find a place among the formed groups of people. The authorities even began attempts to destroy these distinctive people. And after a while, they came to their senses and began to try to revive folk traditions and save the Gaucho. True, scientists agree that time was lost, and there are very few real gauchos left.

The knife is an indispensable attribute of a true Gaucho

From the earliest times, the Gaucho took a knife with them when they went out to pasture. They considered it a personal item, carried it under their clothes, and did not show it to anyone. The shepherds swapped clothes, horses, and household items, but they never exchanged knives, if necessary or as a sign of great respect. The knife is the most real tool of labor. It was used to butcher cattle, for repairs, and as cutlery.

Knife duels – the solution to any conflict

Gauchos were notorious for their fierce temper, they were considered bullies. Any wrong word or look they spoke or any unkind look they took on their knives would cause conflict. Their knife duels, Esgrima criolla, became something of a national custom. These duels were arranged on any occasion and more often without any occasion at all.

The unspoken code of honor stated that any insult had to be washed away in blood. The purpose of the duel was not to kill an opponent. It was an occasion to demonstrate virtuoso wielding of a knife – an indicator of a high level of skill was to make a number of small cuts, which were put together into a certain word or symbol. Apparently, the famous character Zorro adopted from the Gaucho the habit of drawing his trademark on the opponents. The tradition of knife duels existed among gauchos until the mid-twentieth century.

Gaucho people had warm feelings for their knives – they took care of them, decorated them, made unique sheaths for them, and even gave them “names”, which in meaning were associated with individual qualities of the owner.

At first glance, Gaucho knives look like kitchen knives, this is explained by the fact that in the first half of the 19th century, mainly English, French, and German kitchen knives were coming to South America. They were remade for themselves, so the handicraft production was widespread – the blades were ground, the shape of the handle was changed.

To create their unique “companion”, Gauchos used everything they could get their hands on – old files, railway elements, and saber blades. All this subsequently led to the appearance of different kinds of knives.

Since the knife was more than just a weapon or an accessory, no money was spared on its decoration and adornment. Handles were made of colored and precious metals, precious wood, horns, or animal bones. Gaucho sheaths also had a peculiar form and style, most often made of metal or leather. They were worn on the back of the sheath, tucked into a wide belt – tirador. The belt and the knife were the most valuable things in Gaucho’s outfit, that is why they were always richly decorated.