On the opening day of the infamous annual bull run in Pamplona today, one person was impaled. At least five people were injured in total. Three people injured the bull’s horns, two others contracted a concussion.

Spanish media report this on the basis of information from a spokesperson for the hospital in the northern Spanish city.

Every year thousands of runners gather in Pamplona for the so-called San Fermín parties. Up to and including next Sunday, bulls are released every day on an 875-meter trail through the narrow streets of the city.

A crowd of volunteers walks ahead of the bulls and tries to get rid of it. Such an ‘encierro’ is of course not without danger.

Dozens of people are injured every year. In 2009 the last fatal victim fell. However, it is mostly bulls who die in the fighting. Animal rights organizations have been protesting for years against the tradition, which they believe causes unnecessary animal suffering.

Italy prosecutes the captain of a boat who, despite being banned, let migrants go ashore

DNA test turned the life of Antonia (24) upside down 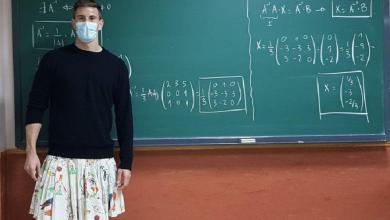