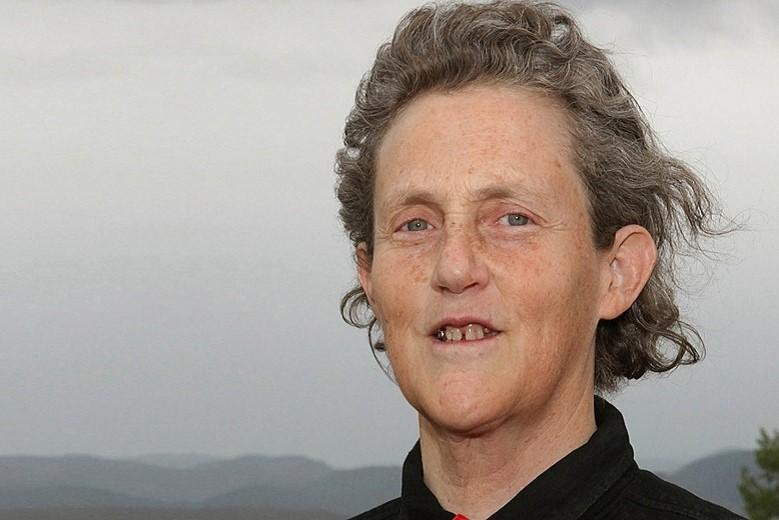 Today the name Mary Temple Grandin is known all over the world. She is a professor of animal husbandry at the University of Colorado, an expert in animal behaviour, and the inventor of a special “cuddle” machine for an autist.

She has autism, but the disease did not prevent the woman from making a successful career but also was able to help ordinary people better understand those who are different from them.

She was born in August 1947 to a reasonably wealthy family. Mom Anna Eustacia Purves (now Cutler) was an actress and singer; father Richard McCurdy Grandin served as a realtor and heir to Grandin Farms, a corporate wheat business. Unfortunately, when the girl was 15 years old, her parents broke up, and in 1993 the girl’s father died.

Shortly after her divorce from Richard, Mom married the famous saxophonist Ben Cutler for the second time. In addition to Mary Temple, the family had three more children, two sisters and a brother. The brother later became a banker; both sisters devoted themselves to art: one became an artist and a sculptor.

Since Mary worked in the Grandin house, the newborn was named Mary Temple to avoid confusion.

The girl’s mother, noticing that little Mary is different from her other children, began to make every effort to treat and socialize. In addition, she has approached leading experts working on research on children with special needs. At the same time, Mary Temple was brought up at home.

A nanny was specially hired for her, who played educational games with the girl. A speech therapist was hired for her daughter, and when it came time to go to school, the mother personally looked for private schools for the girl with friendly staff. It was essential to her that Mary Temple’s needs were treated with appropriate tact and understanding.

Later, Mary Temple Grandin herself admitted: even though she had excellent mentors as a child, the school remained the most unpleasant memory in her life. Peers ridiculed an unusual classmate, and she could not always repel the offenders. She was even given the nickname “tape recorder” due to her habit of repeating words repeatedly. Mary Temple Grandin was very sensitive to the ridicule of fellow practitioners, but she was not going to quit.

At the age of 15, Mary Temple spent the whole summer at a relative’s ranch and got her first experience with animals, which played a role in her future career.

Mary Temple Grandin is fond of horse riding throughout her life, reading science fiction, loves watching films, and is engaged in biochemistry.

Surprisingly, Mary Temple received official confirmation of her diagnosis of autism only after research at the University of Utah, when she was already 64 years old.

She is the author of books, and in her autobiographical works, she claims that autism affects all areas of her life. Mary Temple strictly monitors her wardrobe since the slightest inconvenience can lead to sensory disturbance, and she organized her life so that nothing would annoy her. The woman is forced to take antidepressants constantly but could abandon the “hugging” machine for autists that she created herself.

Like all autistic people, Mary Temple did not want hugs from people, while at the same time, she needed them. Therefore, she came up with and assembled a unique apparatus that creates the effect of squeezing in an embrace while excluding people nearby.

In 2008, her personal “hug” car broke down and, according to Grandin, she could not fix it. However, now there was no need for this; she just loved to hug people.

Mary Temple Grandin’s main scientific achievements are related to animal husbandry. She has dedicated a lot of time and energy to alleviate the suffering of animals being led to slaughter. For example, the breeder has designed specially adapted pens to reduce stress and panic in the herd being slaughtered.

To the accusations of animal rights activists that it is impossible to build a career on the death of animals, Grandin replies: she cannot change the fact that there is meat in the diet of people, but she is ready to use her knowledge to ensure less stressful death of animals.

Mary Temple Grandin was one of the first who did not hesitate to admit her autism. As a result, she also became the author of many books on this problem, discovering the secret of her thinking, which consists of words and pictures. Naturally, therefore, she thinks entirely differently from ordinary people.

She also suggested that even people with similar diagnoses think; differently. She is visual and thinks in pictures, musical and mathematical thinkers think according to specific patterns, and can achieve success in mathematics, chess, and programming. likewise, autistic verbal thinkers can be

Mary Temple Grandin has more than 60 scientific papers, many awards and honorary degrees; she is the owner of US patent. No. 5,906,540 for creating a unique slaughter system, which is now widely used in the food industry.

The sincerity and courage of a woman who managed to become a great scientist diagnosed with autism, her unparalleled thirst for knowledge and her desire to make this world a better place evoke respect and admiration.

Whether they have health problems or not, all children have their dreams and desires, and how they fulfil their dreams defines them as human beings. So, as parents, we must give them all the space they need to express themselves, support them in their small movements, and show them that there are no limits to them. And their dreams will undoubtedly come true; you need to put a little effort into this.

Why the famous tiger monastery in Thailand was closed

Animal activists scold Kylie Jenner: “You are a terrible person”