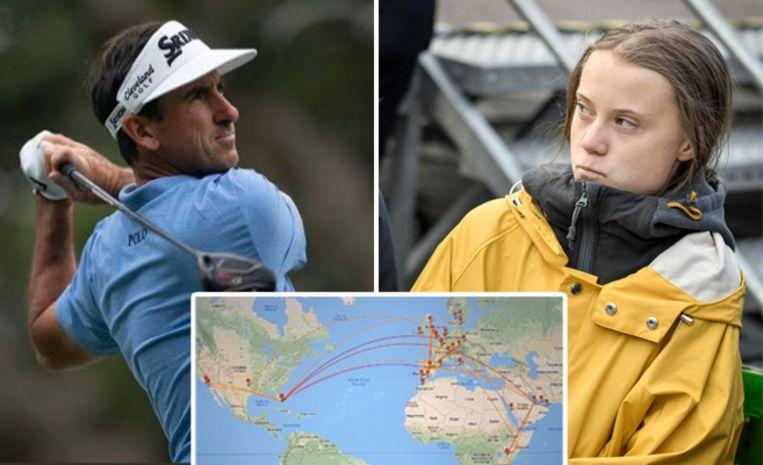 Spanish golfer Gonzalo Fernandez-Castaño came in the eye of the storm after a tweet in which he proudly showed how many flights he took last year and how much CO2 was emitted. “Enjoy @GretaThunberg”, he wrote.

Fernandez-Castaño – who already won 7 tournaments on the European PGA Tour – shared a ticket with his flight routes and a whole series of figures. It showed that in 2019 he had boarded a plane a total of 50 times and covered 191,193 kilometers. Suitable for a CO2 emission of 23.3 tons.

The tweet could not count on Twitter and certainly not the reference to the 16-year-old climate activist Greta Thunberg. “This behavior is disgusting and a letdown,” someone writes. “You are a real guy if you laugh like that with Greta.”

Several twitterers also tagged Fernandez-Castaño’s sponsors, hoping to provoke a reaction from them. “@ClevelandGolf @SrixonGolf @RalphLauren – what a great ambassador for your brands. He was bragging about his ecological footprint against the 16-year-old Person of the Year from @Time while wearing your logos!,” It sounded.

Fernandez-Castaño wouldn’t let that alone. “And then? Adolf Hitler was Person of the Year at @Time in 1938. Just like Stalin, not once but twice.”

That didn’t pass without a fight either. “Very pathetic. Fly a little less and play a little better”, it sounded, a reference to the fact that Fernandez-Castaño barely breaks pots on the golf course. And also: “Interesting that your flight data are your best grades this year. I can well understand why you are jealous of someone who achieves something”.

Fernandez-Castaño was once in 27th place on the Official World Golf Ranking. He is currently in 559th place. In 2017 he made the news by taking off his pants, socks, and shoes during a party and standing in a pond to save a ball.