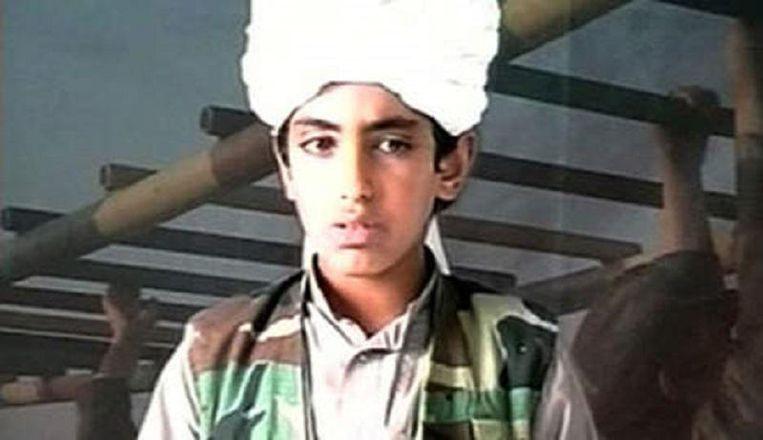 Osama bin laden’s favorite and crown prince of jihad: who is Hamza bin Laden? The United States praise a $1 million reward for the youngest son of Osama bin Laden, founder of the Islamic terror organization al-Qaida. Bin Laden senior, however, had twenty children, why is the youngest worth so much money?

Hamza bin Laden is the youngest male descendant of the bin Laden family. He is the product of Osama bin Laden and his third wife, Khairiah Sabar, and soon became the great pride of his father. The boy did not play with toy cars, lego blocks or a football, Hamzo took it much bigger. For example, there are video images on which the “crown prince of jihad” already marches at the age of 10 with an AK-47, an automatic Kalashnikov weighing about five kilograms and almost one meter long.

A few months after the attack on the WTC towers, al-Qaeda propagated material from children who were playing with the wreck of an American helicopter that had been knocked down by the terrorist movement. The main character of the video was again small Hamza bin Laden. In 2004, there were again released images on which a 15-year-old snot nose gives some (younger) children instructions. For three minutes he emphasizes the importance of the “holy war” that al-Qaida performs.

Hamza would take action a few years later. In 2008, three years before the death of his father, Pakistan’s former Prime Minister accuses Benazir Bhutto Hamza of plotting murder plans against him. After all, there was a fierce battle between Afghanistan and Pakistan at that time.

Even though Hamza was not the only son of Osama bin Laden, his mother would not have other children from his father. He had nineteen half-brothers and sisters of whom three already died. Among them are also two youngest half-brothers. They died in 2011 on the father’s side during the military operation of Navy SEALs.

Hamza would have been there too, but Osama’s darling survived the terror campaign. Barely 22 years old but rude, the young bin Laden warned that the world would pay for the death of his father. “Fighting against Americans is the basis of our faith,” says Hamza bin Laden. Because of his fierce pronouncements, al-Qaida within terror movement quickly grew in awe of the young bin Laden.

After the death of his father, Hamza stopped for a while. Ayman al-Zawahiri became the new leader of al-Qaida, although he did not have as much charisma as Hamza. In the meantime, the crown prince married the daughter of Mohammed Atta, the suspected captain of the terrorists who committed the attack on the WTC towers in 2001.

In 2015, his father’s dull successor will be heard again, via audio messages calling on Muslims to attack “the US and Western allies.” Two years later, after the Caliphate of Islamic State (IS) – that other Islamic terrorist movement – threatened to collapse, Hamza publicly appeared. Al-Qaida worked on a comeback and played the crown prince as the biggest asset. “Because of his origins and history, but also because of his charisma and knowledge of Islam,” says Arabist and Islamologist Halim el Madkouri. “Hamza is a dream leader for the organization.”

For the same reason, the US State Department is putting a price on the head of Hamza. The US believes that bin Laden is an “emerging leader” of the Islamic group and will soon replace Ayman al-Zawahiri. Who identifies or locates Hamza bin Laden “in any country” receives a reward of one million dollars.

How female tradition of covering face appear and who was forbidden to do it?

Sharia in Nigeria: History of Islam in black Africa

Ancient great dam of marib, what Quran said about the empire