He didn’t think there was such a thing as Covid-19 until he became infected with the coronavirus, developed complications, and died. Ukrainian fitness influencer Dmitriy Stuzhuk, who promoted a healthy lifestyle on social media and had more than a million followers, leaves three children.

33-year-old Stuzhuk became infected during a trip to Turkey. Once returned to Ukraine, he tested positive and was hospitalized. After eight days, he was allowed to leave the hospital but subsequently developed heart complications.

He was rushed back to the hospital. According to his ex-wife Sofia (25), he was “unconscious” and in “critical condition” at the time. She stated on social media that he had cardiovascular problems and that “his heart couldn’t take it”. “I did what I could so that the father of my three children would survive, but it is no longer in my hands.”

A little later she announced that he had passed away. “Only warm memories remain and three beautiful children,” she wrote.

Earlier, the man had posted messages from his sickbed in which he said that he had woken up in Turkey with breathing problems. Having previously denied the existence of Covid-19, he now wanted to warn his followers: “I was someone who thought Covid-19 didn’t exist until I got sick. It is a serious disease,” he added. 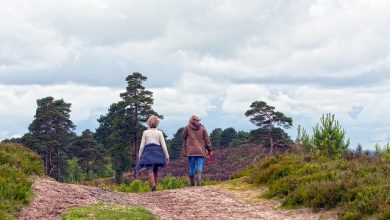