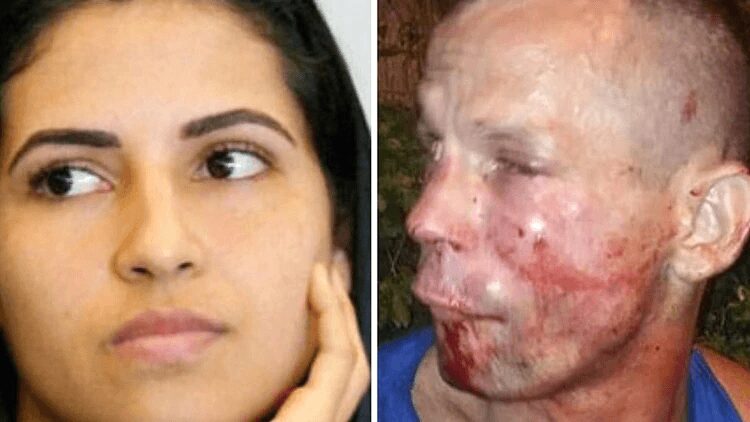 The event occurred on Saturday in Rio de Janeiro. The Brazilian lady, Polyana Viana dominated the assailant and held him until the police arrived. “Do not try to do anything because I’m armed,” was the last thing the thief said when he stood next to Polyana Viana and showed him his revolver. Seconds later, he was on the ground with his face bloodied and it was impossible to escape.

The Brazilian UFC fighter has two fights in the company chaired by Dana White, who published the image of the assailant after the beating and accumulates a victory by submission and a defeat by unanimous decision of the judges.

“He sat next to me and asked me what time it was, but when I told him I realized he was not going to leave, so I managed to keep my cell phone when he said: ‘Give me the cell phone, do not try anything because I’m armed’”, Viana related about the fact that happened on Saturday in Rio de Janeiro when she was waiting for an Uber.

In the statements cited by the MMAmania site, the 26-year-old fighter explained: “Then she put her hand on a gun, but I realized that (his hand) was too soft.” “He was very close to me, so I thought, ‘If it’s a weapon, he will not have time to get it out.’ So, I got up, I threw two punches and one kick, he fell, then I caught him with a shot of same place where we were before and I said: ‘Now we’ll wait for the police,’” she said.

Viana, who has been involved in mixed martial arts since 2013, revealed that when she was able to reduce her assailant, he asked her to let him go: “I was just asking you for the time.” This is not the first time the Brazilian has avoided a robbery. Years ago, when she lived in Belem, she was able to arrest two men on a motorcycle who tried to steal her cell phone.