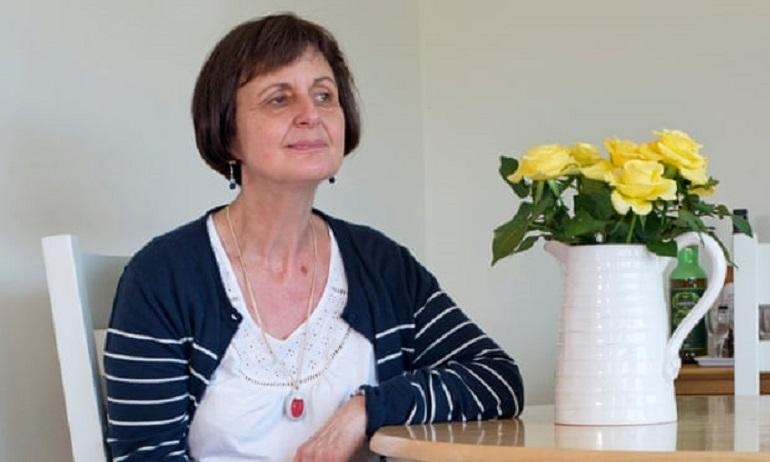 “I still don’t know why I spoke French at the time. Never had I felt the need to visit France.” Helen Rudd (55) refers to the time when she woke up from her coma after three weeks in 2006. The first words of the British were French.

Helen Rudd goes back to 2006. She was 43, had a good job with the British tax authorities. She did a lot of sports, was a busy actress and musician. She had just directed an opera production. On May 24, 2006, after swimming, she went to work at home in Hastings. “It was raining hard and visibility was terrible,” she says in The Guardian. “I crossed the street and a white van picked me up. I fell, hit the side of my head and rolled under a parked car. I don’t know anything about it anymore.”

Rudd didn’t even remember anything for four years until one year before the accident. With what others told her, she tried to get her memory back. That was after she had been in a deep coma for three weeks.

She was transferred to a local hospital during her awakening phase. “Strangely enough, the first words I spoke were in French,” writes Rudd. To promote communication, a friend spoke French with her on the advice of the doctors. He asked a question, she answered in fluent French. “Nobody understood why, although I had learned German and French at school thirty years ago.”

In the end, doctors thought French was not such a good idea. It was switched to English again after Rudd had communicated fluently in French for two weeks. Her situation was therefore different from the so-called foreign accent syndrome, a rare condition in which individual speech patterns change, which often resembles the cultivation of a strange accent.

Rudd still doesn’t know how she ended up with that French today. “I have never felt the urge to visit France, although there is often talk in our family about our French ancestors, going back to the grandparents of Cardinal Richelieu.”

The patient would stay in the hospital for a few months. When her father sang a rhyme, Rudd answered in English. A great relief for everyone. She then went to a brain rehabilitation center, where she stayed for about a year. In addition to learning to talk again, she also had to learn to breathe again. Nothing has remained with Rudd during that period.

At home, she was further cared for by nursing staff. “I have never been married, I have no children,” said Rudd. “I don’t remember learning to read again, but I do remember that I was drawn to books from my childhood. As if my life started up again.”

Helen Rudd, who had run the Hastings half marathon five times before her accident, now has to make do with a stick. Stairs are tricky. She’ll never fully recover, she knows. Rudd has been a volunteer through an aid organization for three years now to keep in touch with people who are lonely. She now has a “friend” of 75. “I feel useful and normal again,” she says. Thanks to the English that she became powerful again.