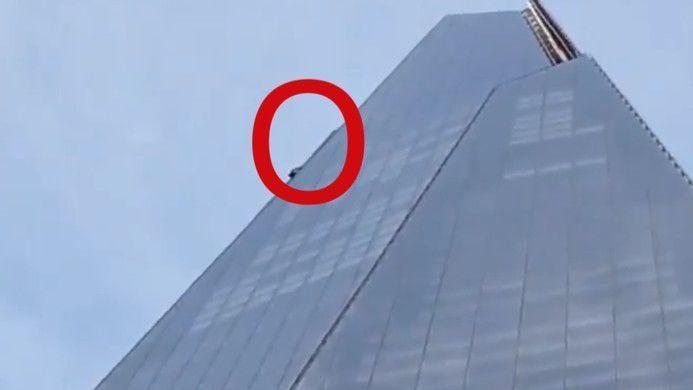 An as yet unknown daredevil managed to climb the 310-meter high skyscraper The Shard in London this morning without any safety equipment. The human ‘Spiderman’ was welcomed by the police around six on the highest floor of one of the tallest buildings in Europe. He let him go again after a short interrogation.

Slightly unclear images of the life-threatening climb, which would have lasted no more than 50 minutes, show that the man pulls himself up on small ridges on the outside of the building and also that there are no aids such as cables, ropes or suction cups. As far as we know, it was the first time that someone had climbed the 95-story building without help and therefore with only muscle power.

Last year, a 56-year-old Frenchman was arrested when he was about to go on The Shard. He then turned to the lower Heron Tower (230 meters) in the British capital. The Shard has already been used by parachutists, known as BASE jumpers. They jump off the roof to open their trap screen shortly afterward. Climbers like today’s are called free climbers.