The death toll after the devastating passage of cyclone Idai has risen to 775. Most of the victims, 460, fell in Mozambique. Aid organizations warn against the outbreak of diseases.

Idai also kept an ugly home in neighboring Zimbabwe and Malawi. 259 and 56 were killed there respectively. Mozambique’s Environment Minister, Celso Correia, called the figures for the time being. The number of victims is likely to increase as the flooding water moves further away. Around 110,000 people currently live in reception camps.

Aid organizations such as the Red Cross and Medecins Sans Frontieres (MSF) are warning about the outbreak of diseases such as cholera and malaria. Because of the large amount of water, mosquitoes that spread malaria can reproduce faster.

MSF staff on the site have already observed an increase in respiratory tract infections and diarrhea among the affected population.

Last weekend, the Flemish government released 250,000 euros in humanitarian resources for Mozambique and Malawi to cover the most urgent needs, such as clean water and shelter.

“In view of the enormous damage and humanitarian disaster that is currently taking place, we have ordered the immediate release of 250,000 euros to meet current needs,” said Prime Minister Geert Bourgeois (N-VA) and Minister of Environment, Nature and Agriculture Koen Van den Heuvel (CD&V) in a joint statement.

Malawi and Mozambique are, together with South Africa, partner countries of Flanders.

The US government has also instructed the army to send aid to Mozambique. It is currently difficult to assess the needs of the African country, but the US military will primarily deploy resources, probably ships and helicopters, said commander Thomas Waldhauser.

So far, only India and South Africa have sent military aid to Mozambique. It is about a few hundred Indian forces and three ships and South African soldiers, who also use different helicopters. Aid organizations speak of a major humanitarian crisis, in which all resources must be deployed to help the people.

The Idai disaster area extends over hundreds of kilometers in Mozambique, Zimbabwe, and Malawi. The cyclone landed on March 15 near the port city of Beira in Mozambique. The region was devastated by storms and heavy rainfall cleared large areas. A lake with a circumference of 125 kilometers has been created in the interior of Beira, in an area where hundreds of thousands of people used to live.

A study reveals that by 2030 couples may stop lovemaking 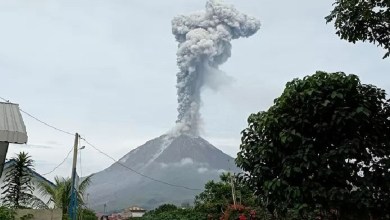