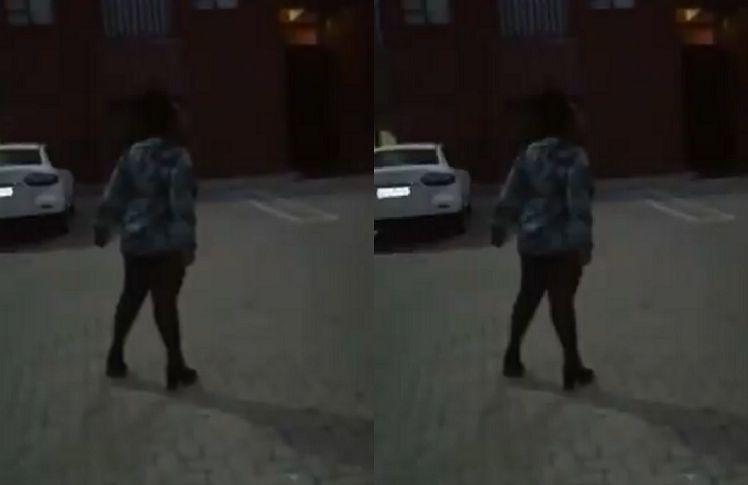 Could loneliness be the cause or deeply frustrated for being single? An unidentified lady was shouting on the parking lot in the early morning that she is single and ready to flirt with any man.

A video has emerged showing a woman shouting on the streets. In the footage, she explained to the neighborhood that she is single and ready to be flirt with men.

The lady who took to the streets to let the world know that she is single made some strange requests. And insisted that: I know what I’m saying.” In a video being shared on social media by a twitter user “Thab4ng”.

She can be heard shouting: “Wake up everyone! I’m single now! Come out and flirt with me, I’m standing right outside”. Though, her friends who were recording the scene can’t control their waves of laughter as they continue shouting.

But the footage doesn’t go unnoticed on Twitter. It generates mixed reactions with different people of different opinions. A user ‘Alexi_Mthombeni’ said: “That’s the reason she’s single, she’s crazy”. While ‘Jones_zn’ could relate with the young woman, saying: “I’m 5 too doing this. For reals!”. But ‘Alicelvenich’ simply said: “The thirst is real”.

Then, some users did not go well with the lady, rather insisted that “It’s not going to work try something else,” and “we all know the reason why she’s still single”, someone added. It doesn’t end but some people said that her action was not funny. “She’s so annoying. Nothing about this behavior is funny.”