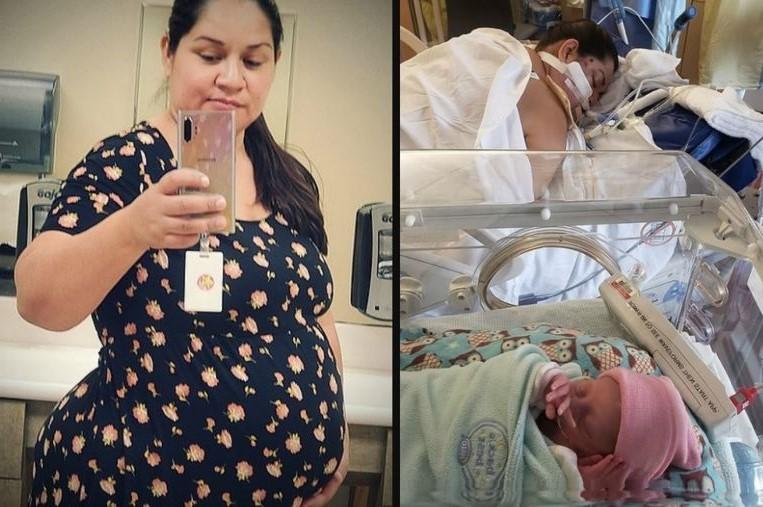 A woman from the US state of Minnesota gives birth to a child while in a coma but died of the coronavirus shortly without seeing her child. Aurora Chacon Esparza (35) never got the chance to see her daughter in person.

The woman was seven months pregnant when she first showed symptoms of the coronavirus. An initial test was negative, but her breathing problems and coughing fits persisted. The doctor advised her to stay at home because such a test sometimes gives an erroneous result.

That also turned out to be the case here. A week later – on June 14 – Aurora was hospitalized. Five days later, she went into a coma and had to have a respirator keep her alive.

When her oxygen level also fell sharply, doctors were forced to have the baby born. The cesarean section happened after thirty weeks of pregnancy, much faster than anticipated. But if nothing was done, there was a risk that both would not survive.

Andrea did wonderfully as a premature, and Aurora also showed hopeful signs at first. On July 7, however, things went wrong again, resulting in an acute oxygen deficiency. Ultimately, she would lose the battle twelve days later – last Sunday.

An ECMO machine (which takes over the function of the heart and lungs and is used when ventilation is no longer sufficient) could possibly have offered some relief, but North Memorial Hospital was not equipped with it. Several requests to transfer her to another hospital were denied. “And it made no sense towards the end. The device would have done more harm than good because she had been on the ventilator for so long,” mourns her husband, Juan Duran.

“Aurora had no underlying conditions, we never thought this could happen to us,” said the man. “Fortunately, I can still pull myself up a bit to our daughter. She now weighs 1.9 kilograms and can breathe independently.” The couple also has a son (1) and a daughter (7).