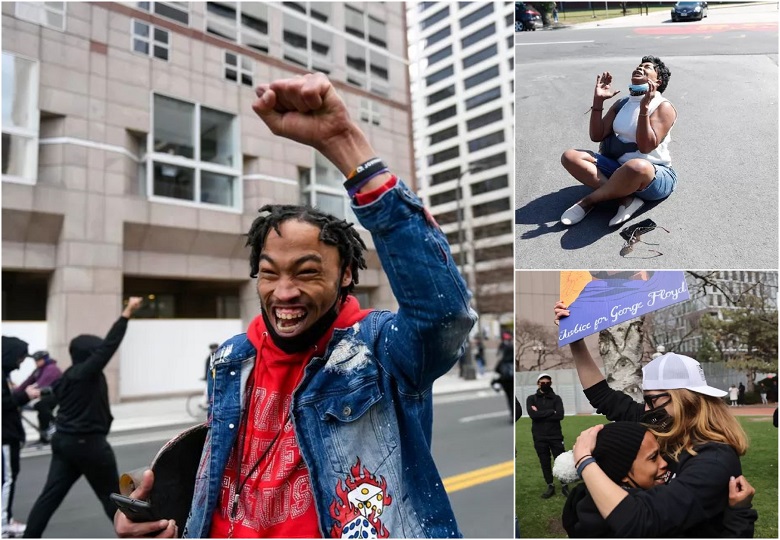 The US has responded with relief to the verdict in the case against former police officer Derek Chauvin, who was charged with his role in the death of the African American George Floyd. The jury ruled that Chauvin is guilty of all charges. His sentence has yet to be determined.

Which punishment Chauvin is facing will only be decided in eight weeks. According to the lawyer of the family of Floyd is the verdict “a watershed in American history”. “Guilty!” He wrote on Twitter after the jury’s verdict. “Justice for black America is justice for all of America!”

According to the local newspaper Star Tribune, hundreds of people had gathered at the high-security court to hear whether the ex-cop would be found guilty of killing Floyd. A street party followed after the verdict.

Outside the building, people waved flags, played music, and hugged each other. Motorists also started to sound their horns.

“George Floyd is no longer coming to life, but this is the justice we were looking for,” a 25-year-old bystander told the newspaper. “This is the first time that we have the feeling that we have really been listened to.” Some parents had also brought their young children with them. “I wanted them to see this,” said a 33-year-old woman.

It did not stop at the festivities outside the court, which was guarded by National Guard troops. Shortly after the ruling, more than a thousand people passed through downtown Minneapolis. They had brought signs commemorating the deaths of other black people who had been killed in a confrontation with the police.

The authorities had taken into account large-scale disturbances prior to the ruling, but these seem to have materialized. Elsewhere in the US, too, the verdict was euphoric. In photos from all over the country, people hug each other or raise their fists decisively.