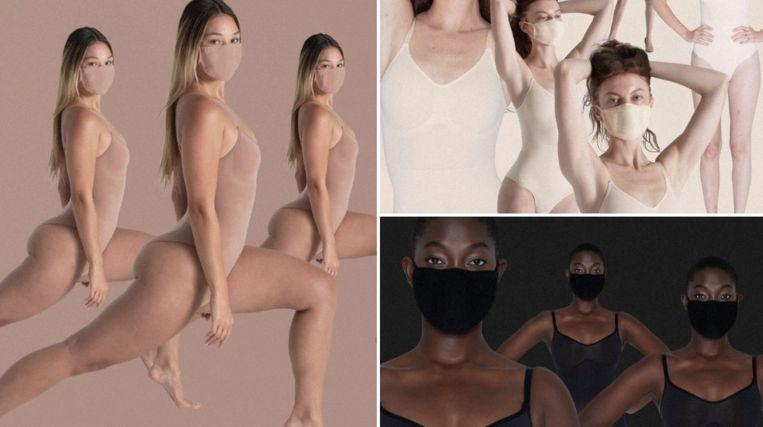 The mouth mask will undoubtedly become the fashion accessory of the summer. Numerous fashion houses and designers have already released a copy, and of course, reality star Kim Kardashian (39) could not be left behind. Although her collection of face masks now faces a lot of criticism.

Less than a week ago, Kim Kardashian also launched a series of mouth masks on her website, Skims. Although they flew out in no time, she also received a lot of criticism for her non-medical mouth masks.

Many of her followers do not think it is possible that she, one of the wealthiest celebs, wants to capitalize on the corona crisis.

For example, many fashion houses stop their productions from manufacturing free masks and other materials for healthcare. Kardashian, on the other hand, asks 8 dollars per mouth mask. Kim also promised to give away 10,000 masks to charities, but that made little difference to her fans.

However, that was not the only reason for criticism. For example, the masks are sold in so-called five skin-colored nude shades. But the mask for black women turns out to be pitch black and therefore not skin-colored at all.

“The nude shade for the Black model is inaccurate, offensive, and culturally out of touch,” says one. “Kim really thinks that black women are completely black in color,” said another.

It is not the first time that Kim Kardashian has come under fire with her fashion brand. When it became known last year that the American reality star was going to release a shapewear line called ‘Kimono’, she also came into the eye of the storm.

According to many, it was disrespectful to name her clothing line after the traditional Japanese garment of the same name. A little later, she decided to rename the name Skims.