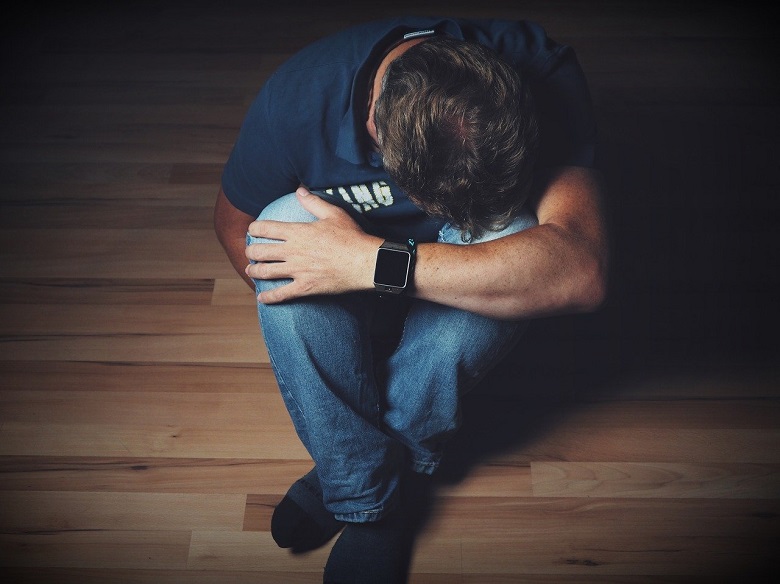 Depression is a gloomy mood that lasts for more than two weeks. People then feel sad, dejected, and restless. During a depression, people can no longer enjoy things that they used to enjoy a lot; they think ‘down the drain’ and don’t feel like doing anything.

Their daily activities take a lot of effort; for example, they do not feel like getting up in the morning, going to work, or shopping. Some people experience despair and sadness, while others say they don’t feel anything at all anymore. The feelings of emptiness are also associated with feelings of inferiority or feelings of guilt.

Often there are also problems with eating and sleeping. Fatigue makes it difficult to concentrate or make decisions. Because many people with depression do little and often decline invitations to social activities, they can end up in social isolation and feel very lonely.

Depression also often manifests itself in physical complaints such as stomach or intestinal problems, pain in the back, joints, muscles, chest pain, palpitations, chest tightness, dizziness, or headache. All these psychological and physical complaints can give feelings of hopelessness. Sometimes there are recurring thoughts of death or suicide.

Depressed feelings also occur after you have lost a loved one. A gloomy mood is every day during mourning. In that case, you probably don’t have depression. Still, it can be nice to talk to someone so that you can accommodate feelings of sadness.

Depression is when, there are five or more of the following symptoms for at least two weeks, almost every day:

Therefore, the diagnosis of depression is only made if the symptoms have been present for at least two weeks, during most of the day and almost every day. The diagnosis also indicates how severe the depression is. Furthermore, specific characteristics are noted, such as anxiety complaints, whether the depression is seasonal, such as with winter depression, or whether it started during pregnancy or after delivery (postpartum depression).

The diagnosis of depression is also only made when someone suffers from the complaints, and they hinder the functioning in daily delivery. If a person sleeps little but does not experience this as a problem and does not harm his functioning, this does not manifest as a manifestation of depression.

Occasionally psychotic features occur in depression. An example of a delusion that often occurs in psychotic depression is the delusion of poverty. Paranoia is a belief that is not based on reality and cannot be corrected. A person with dejection of poverty may think that he is so in debt that he will become homeless when there are no financial problems.

How common is depression?

Depression is one of the common mental health problems. Currently, 1 in 20 people suffer from depression. About 15% of people aged 18 and older will experience depression in life. This number is highest among young adults between the ages of 18 and 29. The risk of depression decreases with age. Women are double as likely to report depression as men. It is also because women are more likely to seek help with psychological problems. Depression less often recognizes in men.

Depression can start at any age, but the chance increases significantly with puberty. It is sometimes difficult to say what causes depression.

Different factors play a role in this:

In some cases, a gloomy period will pass on its own. In many cases, if a psychologist determines that you have depression, he or she will prescribe an antidepressant or suggest treatment. If you specify an antidepressant in your country, you can assume that this is a proven effective remedy. The differences in effect between the means are usually minor. A combination of an antidepressant with treatment is also possible. What the psychologist chooses partly depends on your preference as a client.

There are many different forms of psychotherapy. In the case of depression, a psychologist will often opt for cognitive behavioral therapy. It is a proven effective method against depression. On the one hand, cognitive-behavioral treatment is about the influence of thinking on your emotional life and your actions (the ‘cognitive’ part). For example, you view a friendship from an opposing point of view. As a result, you may feel and make different decisions than when you consider the company from a positive perspective.

Also, cognitive behavioral therapy is about behavior. Behavior (for example, avoiding social situations) influences your feelings and your depressed mood. You work with a psychologist to see whether it makes sense to change a particular behavior.

Tips for loved ones with depression

On the outside, you often do not see that someone is feeling depressed. It is sometimes difficult to recognize for the environment. Even though they have functioning problems, it is sometimes difficult to talk about these complaints. If you observe that your loved one suffers from depressive complaints, it is advisable to discuss this. They can be very relieved to be seen and heard by you. It is essential to seek help together when your loved one is struggling with depressive symptoms.