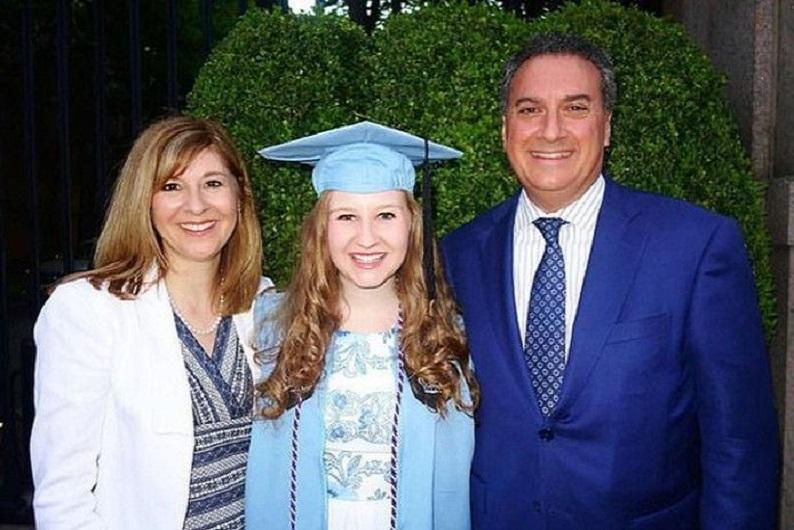 An American man discovered by accident that he is not the biological father of his now 24-year-old daughter, who was conceived through IVF. After Rebecca had given her parents, Joseph and Jennifer Cartellone, a DNA test as a gift last Christmas because they were so eager to explore their family tree, the research found that Jennifer is Rebecca’s mother, but Joseph, not her father. He has since sued the clinic where the fertility procedure took place in 1994.

Joseph and Jennifer Cartellone and, of course, their daughter were stunned when the results of the DNA test came out earlier this year. The family claims that during creating Rebecca’s embryo, her mother’s egg was used, but another man’s sperm was used. In the TV show “Good Morning America”, the father said that the family was “completely in shock” when it became clear that he was not the father. “I have Italian blood, and there was no trace of it in our daughter’s DNA. However, there was a clear match with my wife Jennifer.”

According to the father, his disbelief soon turned into anger. “I always thought Rebecca was my daughter, but it turns out she’s not. How dramatic is that? Our worst nightmare has come true. What was meant to be a nice Christmas present led to a gruesome revelation. We’ve been misled by doctors who we thought were 100% reliable. Unfortunately, the reality is different. We were slandered by that clinic 24 years ago.”

After the results of the DNA test were announced, Rebecca and her parents had their genetic material examined again to be sure. That analysis also showed that Joseph Cartellone cannot be the father. The clinic in the city of Cincinnati, Ohio, has not yet responded to the accusation.

A spokesperson said in advance that from a privacy point of view communications about patients are never made. And also that it is uncertain whether there are any files about treatments that were done 25 years ago.

Lawyers hired by the family have now discovered through DNA databases in the US that there are five men who could possibly be Rebecca’s father. One is a doctor from the Christ Hospital where the IVF treatment was done at the time. The family hopes that the biological father will be found quickly.

The father: “This is very difficult for us as a family. Not only for me and my wife but above all for our daughter. Rebecca has emotional problems, a lot of stress and rightly struggles with her identity.”

In the indictment, the family states that the bottom stone must come up anyway. “We have been severely damaged due to negligence or false intent of the hospital. At the hands of the doctors, our Rebecca has never had the chance to grow up with her real father,” said Joseph Cartellone, who insists on still feeling Rebecca’s father.

“I have always seen her from the moment she was born as my descendant and it will always be that way. Even if it becomes clear who her biological father is.”