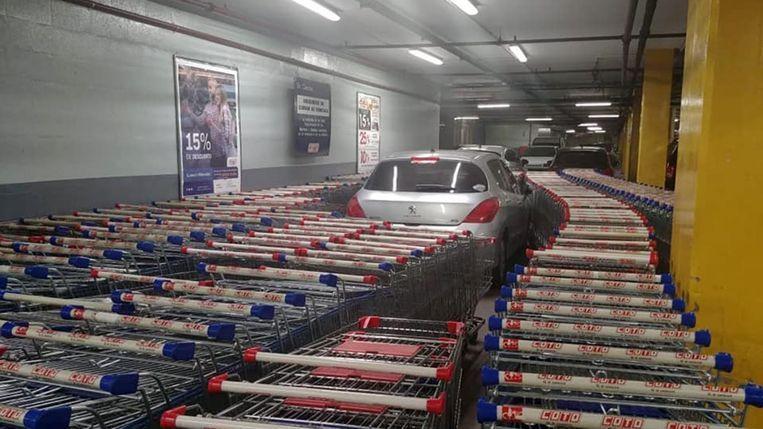 According to Fox News, the Argentine driver deliberately parked his Peugeot 208 in the area where the shopping carts are to be left behind.

He did this in a COTO store in Temperley, Argentina, in the province of Buenos Aires. The employees simply reacted by placing the shopping carts in their rightful place, thus completely enclosing the car.

That produced some funny images, although the owner of the Peugeot could laugh less loudly with it.