In Togo, municipal elections were held more than a year ago. But some unfortunate candidates still do not seem to have digested their failure, especially those who had incurred expenses. The local press reports the case of a mayoral candidate who had gone to collect the benches he had offered to a college before the elections.

On the eve of the start of the Togolese school year on 2 November, an unfortunate candidate in the municipal elections held at the end of June 2019 took back the benches he had offered to a school, report the local press.

According to the Flambeau des démocrates, the Togolese newsweekly which was the first to report about this subject in its edition of 5 November, the events took place at the college of general education (CEG) Houndjodéké, in the prefecture d’Afagnan, 271 km from Lomé.

The newspaper affirms that the politician in question, who had obviously badly digested his defeat, went to pour out his anger on the school to which he had nevertheless given this gift to compensate for a real lack of infrastructure.

“Thus, on the eve of this new school year, more precisely on Friday, 30 October, the politician went to this establishment to retrieve the tables-benches! Consequence: at the resumption of lessons, last Monday, the students found themselves without furniture and were, for many of them, obliged to follow the class on the ground,” indicates the Togolese newspaper.

The newspaper calls the act of the politician, whose identity has not been revealed, “gangsterism”, while calling on the government to get the students out of this situation.

Since this announcement, the subject has caused a stir and has been commented on at length on the radio, especially during prime time broadcasts on 6 November, where journalists on the subject have severely denounced this politician’s attitude.

A “humiliating” purchase of conscience

The act was all the more decried as schools in Togo are sorely lacking in resources. Tables-benches are insufficient in many schools, especially since the government has imposed several barrier measures due to the health situation. In particular, to prevent children from possible Covid-19 contamination, students are limited to two per table-bench and 60 students per classroom.

In Togo, as in several countries in sub-Saharan Africa, candidates in different elections tend to campaign by making donations in favor of poor populations.

“Going back to an act of charity because it didn’t have the expected effect, it’s cowardice, something I’ve never seen. Things like that anchor us in the conviction that we must clean up the political environment in Togo,” said Louis Attiogbé, president of Novation international, a human rights organization in Togo.

Togo’s municipal elections were held on 30 June 2019 to end more than thirty years of management by special delegations. They resulted in the election of 117 mayors for a five-year term.

The main cause of the appearance of colorectal cancer 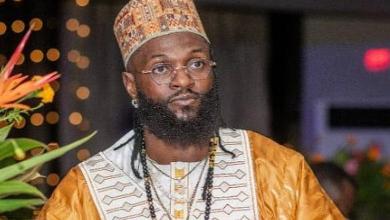