Nearly 90 people were killed in a massive attack by Boko Haram in Cameroon. That’s what the Cameroonian Minister of Defense says.

The city of Darak, in the far north of the country, was stormed in the night of Tuesday to Wednesday by over 300 members of the terrorist group Boko Haram. The violence killed eight civilians, 16 soldiers, and 64 attackers, according to minister Joseph Beti Assomo. Several people were also injured.

In north-eastern Nigeria, Boko Haram has long been a threat to security, but it is also active in neighboring countries Chad, Niger, and Cameroon. Since 2009, the violence of the Muslim extremists has already claimed tens of thousands of lives, and 2.5 million people have had to flee their homes.

Will lace outfits be the new summer fashion for men?

Gang charge $0.28 to back commuters across flooded road 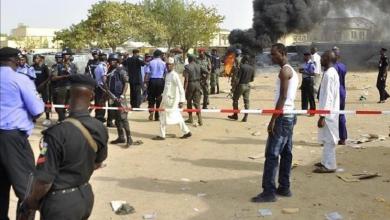 Three killed in a suicide attack in Nigeria