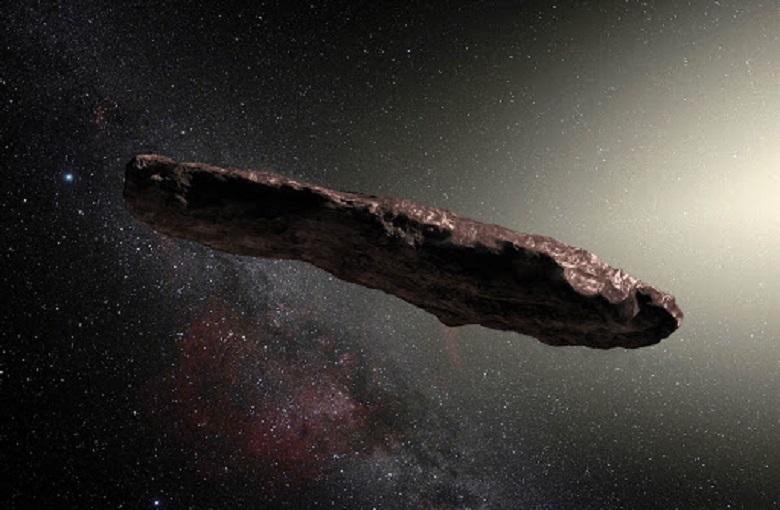 Where did the cigar-shaped space rock that suddenly appeared in our solar system three years ago come from? Was it a comet? Or an alien spaceship, as even a renowned scientist suggested? A computer simulation now sheds new light on the matter.

It was at the end of 2017 that the scientific world suddenly turned upside down. For the very first time, an object had been observed in our solar system that was not emanating from it.

The rocky object had the unusual shape of a cigar and was christened Oumuamua. This means ‘messenger from far away who arrives first’ in Hawaiian. It was, therefore, an observatory in that American state that saw the object for the first time.

Immediately the question arose what the spinning space object was. Was it ordinary space rock? An asteroid of another star? Or a spaceship from another planet, as even a scientist from Harvard’s renowned university, suggested?

According to a new computer simulation, it could be shrad from a dead planet. Researchers write that in the scientific journal Nature. According to them, their explanation is the only one that can explain the unique shape of the object. And it also explains the way the object rotates and accelerates.

However, according to the authors of the study – Yun Zhang of the Côte d’Azur Observatory in France and Douglas Lin of the University of California – Oumuamua can come from a system with a small and dense star. A star with sufficient gravity that it can tear planets and other objects into pieces without burning them up first.

The researchers plotted the possible orbits for three types of objects: planetesimals (from which planets can be formed) of half a kilometer in size, frozen objects such as comets, and large planets. What turned out? If any of those objects were to be within 350,000 kilometers of the star, they would be excited, stretched, and torn to pieces by the star’s gravity.

Depending on the composition of the object, this could create an object that looks like Oumuamua and is thrown into space. In this way, Oumuamua could – possibly after millions of years – have ended up in our galaxy.