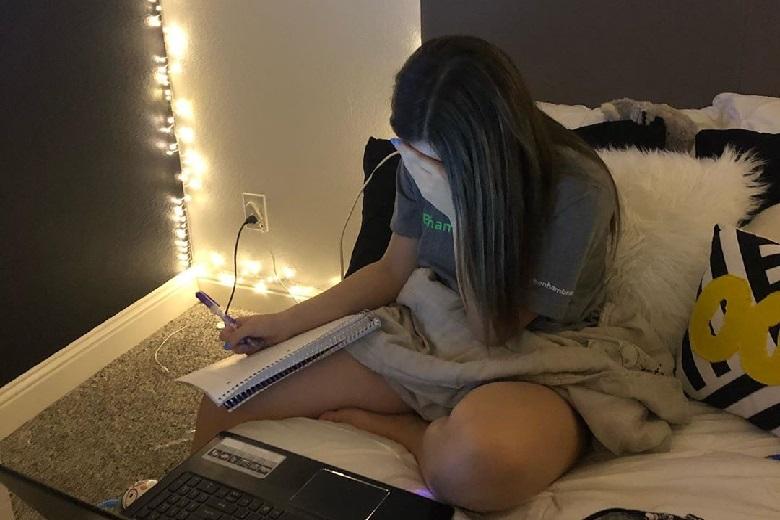 When your teenage daughter invites boys of her age behind your back for a sleepover, appropriate punishment is in order, parents Larry and Tawnya Sumpter judged. They offered their daughter Madelynn (15) the choice: either a month without a smartphone or give daddy access to your social media channels for two weeks.

The teenager from the Texan city of Denton had not only invited girlfriends to the night party. Secretly she had also smuggled some of her peers of the opposite sex into her room. Madelynn’s parents caught her daughter and thought of appropriate punishment.

A whole month without a smartphone was almost unthinkable for the teenage daughter, so she reluctantly gave the passwords of her Instagram and other social media channels to daddy Larry. Advantage: her time without a smile would be shortened to two weeks. Disadvantage: a high risk of movies and photos that would give Madelynn the shame on her cheeks anyway.

Larry immediately got off the ground. In a first Instagram post, the girl can still be seen while she puts her hand to her eyes. Dad warms up her followers for startling Snapchats, Tiktok videos, and Instagram photos. In a subsequent message, he adds the act to the word and posts a selfie.

Larry has an exquisite taste from then on. He loots her wardrobe, puts on one of her t-shirts and uses her stock of hairbands as bracelets. To make matters worse, Madelynn’s dad wears a blonde women’s wig. The forties soon mastered the teenage jargon and posted a video in which he gave hilarious tips about jogging as an accomplished influencer.

Madelynn could sink into shame when a disguised Larry came to pick her up from school. After also showing his ‘twerk’ skills on Tiktok, the two weeks were over. Dad promised not to show up on her social media channels anymore and considered the punishment to be over. The #parenttakeover turned out well for Madelynn. She suddenly has thousands of followers. Larry herself gets nothing but positive responses from other parents. “Brilliant, you bring me ideas!” can be read among others at the response.