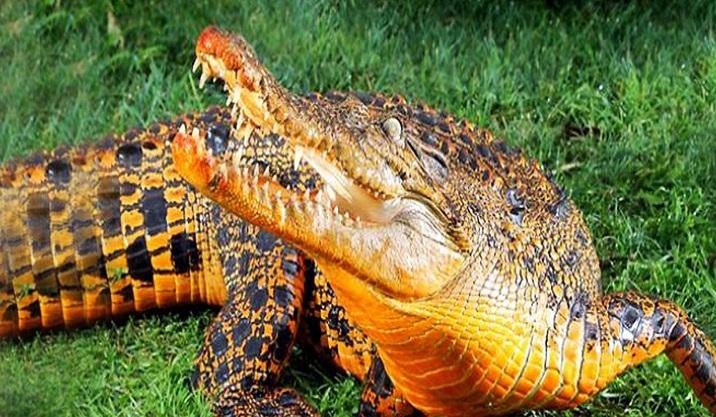 For several days, videos have circumnavigated the net, relayed by social networks, explaining that in Gabon, known for its geological diversity and wildlife, scientists had the incredible surprise to study for the first time in the world crocodiles of orange color, living in caves.

These crocodiles were discovered about ten years ago and studies are progressing.

The orange crocodiles were discovered in 2008 in Gabon by archaeologist Richard Oslisly.

Their unique orange color could be explained by depigmentation due to lack of light and the effects of bat droppings.

Dozens of crocodiles with a classic coloration live in neighboring caves that are linked to the surface, and therefore has more light and a varied diet, explains Olivier Testa, while orange crocodiles are in closed areas.

Richard Oslisly wants the site of the Abanda Caves to become a “protected sanctuary”.

“There is still much to discover in the caves of Abanda,” says the geoarchaeologist who hopes to develop the “scientific tourism.”

Peacekeepers accused of sexual abuse, “reputation of the UN is at stake”