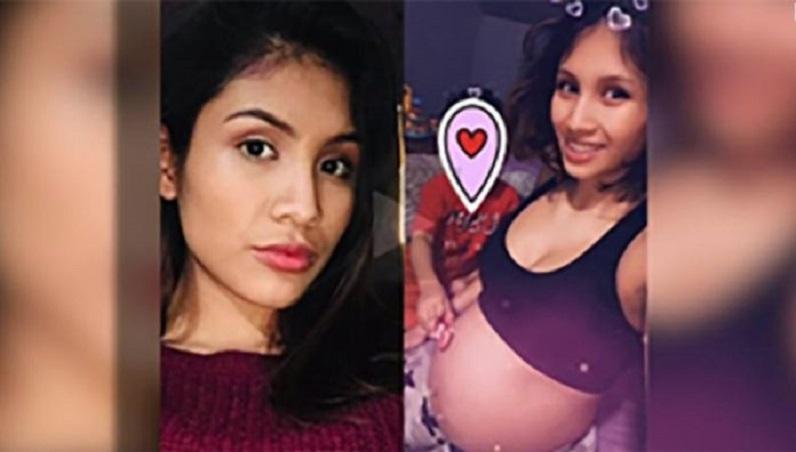 Pregnant teenager, Marlen Ochoa-Lopez (19) who was nine months pregnant, was lured into a house in late April with the promise of receiving free baby stuff.

This is a particularly horrible news story that shocks the United States, and beyond. Three people were charged Thursday by the Chicago police, in connection with the murder of a pregnant teenager whose baby was torn from her belly after her death.

The body of Marlen Ochoa-Lopez, was found in the night from Tuesday to Wednesday, almost four weeks after her disappearance. The girl was strangled with a cable, according to the authorities. The nine-month-old girl was lured into a house on April 23 with the promise of receiving free baby stuff. She was killed and her child was torn from her belly, police said.

The victim knew one of the suspects

Clarisa Figueroa, 46, and her daughter Desiree, 24, have been charged with murder. Piotr Bobak, 40, the companion of Clarisa Figueroa, was charged with concealing the crime. The reason for the homicide is not yet clear, but it could be that both women wanted to raise the child at home, say the investigators.

The day of the disappearance of Marlen Ochoa-Lopez, Clarisa Figueroa have spoken to her on Facebook. The girl then went to her home to collect baby clothes and other free items. According to Chicago police chief deputy Brendan Deenihan, the victim “had bought other things for Clarisa’s baby so they knew each other”.

The health of the compromised newborn

That day, Clarisa Figueroa called the emergency services, claiming she needed help for her newborn who could not breathe. The baby, whose DNA analysis proved that it was Marlen Ochoa-Lopez’s, was then hospitalized in a serious condition. His chances of survival seem slim.

This is a “disgusting and truly disturbing” murder, responded Chicago police chief Eddie Johnson at a news conference on Thursday. “I can not imagine what the family is going through. They should be celebrating the birth of a baby. Instead, they mourn the loss of the mother and possibly the baby,” he added.

Flowers, soft toys, candles, and balloons were laid by Chicago residents in front of the pregnant teenager’s house in her memory, a CBS reporter on Facebook wrote.