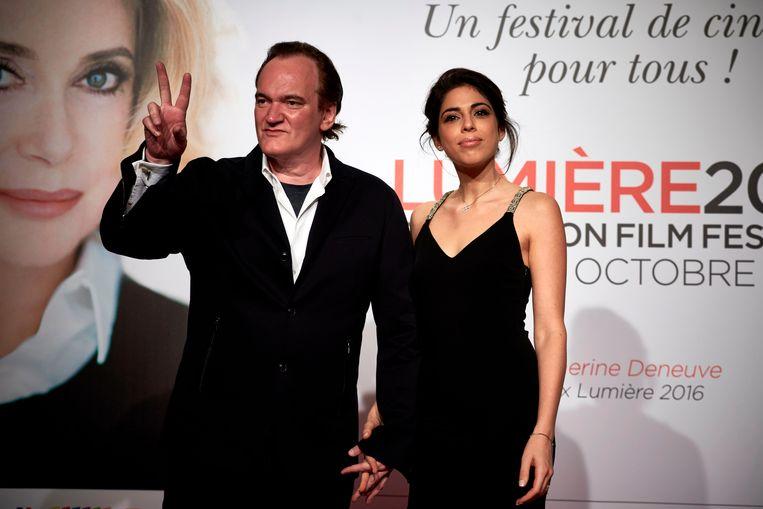 Quentin Tarantino (55) wedged on Wednesday night with Daniella Pick (35), an Israeli singer. People managed to get their hands on the wedding photo of the couple. The couple gave each other the yes during a ceremony in Los Angeles.

The 55-year-old director and the musician met in 2009 when Quentin was in Israel to promote his film ‘Inglourious Basterds’. They separated after a while but gave their relationship another chance in 2016. In July of 2017, Daniella, who also works as a model, announced that Quentin and she had engaged. The couple gave an engagement party in New York where movie stars like Uma Thurman and Bruce Willis were present. Also, the engagement was celebrated in Israel.

Media in Israel, the homeland of Daniella, speculated for weeks that the marriage is coming. Three days ago, the singer posted photos of her ‘bridal shower’ on her Instagram Stories.

It is the first marriage for Tarantino, who used to say that he is too busy to get married. Pick is the daughter of the famous Israeli musician Svika Pick.