Today, not 80 million but 300 million people live in an area that will be flooded at least once a year by 2050. However, it is shown by new research with much more precise height measurements.

The new study, published yesterday in Nature Communications, states that the previously known figures were too optimistic. Arithmetic researcher Scott Kulp and climate scientist Benjamin Strauss (Princeton University) do not claim that the sea level will rise even more, but they do claim that the altitude data for many coastal areas will have to be adjusted downwards. The new CoastalIDEM measurement system is more accurate than NASA’s SRTM and reduces the error rate with the aid of artificial intelligence. Traditional satellite measurements cannot distinguish between ground level and, for example, roofs of houses or trees, Kulp explains.

It leads scientists to the conclusion that rising sea levels threaten three times more people worldwide than previously thought. In thirty years’ time, places where up to 170 million people now live would be permanently under the tide. That number could rise to 200 million affected residents by 2100. Today, some 300 million people live in places that will be flooded at least once a year by 2050. By the end of this century, there could be 420 to even 630 million vulnerable people at risk of annual flooding, depending on the sea level at the time. The estimates for this century range from an increase of 60 centimeters to a height of about 2 meters.

The predictions of the new study do not take into account future population growth or natural erosion of coastal land. For Europe, Australia and the US, the effects of climate change would not be much more dramatic than previously thought, since more precise data was already used there. In Africa, flooding on the coast could extend to the three countries, Egypt, Libya and Mauritania.

But Asia, in particular, would be hit much harder than predicted so far. Four times more people have been threatened in China, Vietnam, Bangladesh, Thailand, India, and Indonesia. In the case of China, the number of vulnerable people affected by flooding, according to the CoastalIDEM measurement method, has risen from 29 million to 93 million. South Vietnam would almost disappear altogether. The homes of more than twenty million Vietnamese – almost a quarter of the population – are at risk of being flooded in thirty years’ time. In Thailand, ten percent of the population lives on land that is likely to be flooded by 2050. According to existing techniques, only one percent of the population lived on land that is likely to be flooded by 2050. The capital, Bangkok, is very threatened. Take the Philippines and Japan among the six Asian countries mentioned above, and you get a group of eight, in which about 70 percent of all vulnerable residents live for annual flooding.

Like parts of 19 countries outside Asia, including Great Britain and Brazil, cities such as Mumbai in India, Basra in Iraq, and Alexandria in Egypt are also in danger of being fully or partially submerged by 2050. With potentially disastrous consequences for cultural heritage, political stability and the safety of citizens.

The findings do not necessarily mean the definitive end of the endangered areas. Man can defend himself and his country against the rising water. At the moment, according to new measurements, 110 million people already live in places below the tide line. But the authorities will have to provide more resources to protect the citizens, the researchers conclude.

Here you will find the full map.

Kevin Hart is utterly different in life since autocrash: “When God talks, you have to listen”

Keep burglars out with these 5 smart devices 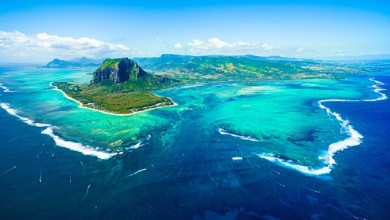 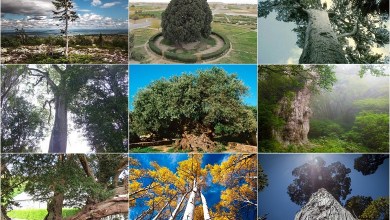 Ten ancient trees on the planet and where to find them