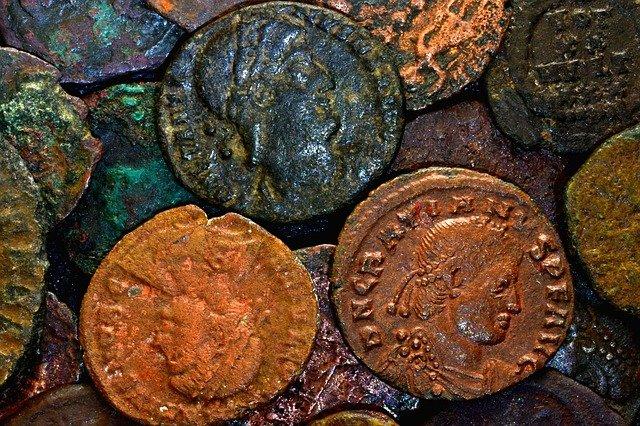 However, it was also a pioneer of technological development and the origin of many inventions, some of which are still in use today. So what were the greatest inventions of ancient Rome?

Roman numerals survived the fall of the Roman Empire and are still used today. There is always a chapter in modern textbooks on Roman numerals and their modern equivalents.

A reliable number system has always been considered a sign of the technical development of a city or country. And the Romans developed a system that outlived them for millennia.

It should be noted right away that it is not particularly correct to say that the Romans were the ones who introduced the newspaper system because, in the early years of Rome, there was simply no paper. But the Romans had something very similar to newspapers.

They are used to writing down current affairs on stone or metal tablets. These tablets were then placed in places where people could read them. Such “publications” were called Acta Diurna or “Daily Deeds.” This Roman invention served the same purpose as newspapers, providing Roman citizens with the information they needed and covering current events.

The Romans were attentive to the conditions of life and always strived for excellence. For example, they found a very unusual way to cope with the cold in winter. Since heating the stove around the clock is difficult and expensive, the Romans came up with interesting engineering innovations.

Manufacturing of the first surgical instruments

The Romans were not just “savages” with spears and daggers; they were the first to use precision instruments, which became the progenitors of many modern surgical instruments.

To have an idea of the surgical skills of the Romans, it is worth knowing, for example, that the cesarean section was developed in Rome.

Moreover, the Roman emperors were interested in using these types of instruments in hospitals or medical centers. They also realized that surgical instruments could help soldiers wounded in battle (the Roman armies always had medics). The Romans’ medical prowess did not end there, as they also developed procedures that could significantly reduce blood loss.

Roads that could withstand time

Many may argue that roads were built by any other civilization, but the Romans built roads that were not just a mixture of gravel and stones.

The proof of their skill is evident, as many of the old roads in Rome are still in use today. The Romans used a combination of earth and gravel with bricks made from hardened volcanic lava or granite. These roads could withstand not only rain or any harsh weather but even heavy loads.

They also built perfectly straight roads with a slight slope on the sides so that the water would drain from them after the rain. Few suspect that by AD 200, the Romans had built a total of 80,000 kilometers of roads.

Development of the Julian calendar

Before introducing the official calendar system in Rome, it wasn’t easy to keep track of time and date. Often, high-ranking officials changed their deadlines to make their working day seem longer than it was.

This practice prompted Julius Caesar to introduce a new form of a calendar system that relied on the solar year rather than the phases of the moon used in Rome. This was called the Julian calendar.

Since the Roman Empire was so vast, the largest of its time, a problem arose. The population grew, and people needed more and more housing. This was the time when architects first created separate living spaces on a single foundation.

However, these apartments were reserved for middle and lower-class citizens, as the upper classes preferred their own separate homes.

The sheer size of the Roman Empire at some point turned against her. The transfer of information between provinces became very troublesome, and a solution had to be found.

Emperor Augustus created a system that could help the situation. For the first time, messages and notifications could be transmitted between provinces using vehicles such as horse carts. This is how the first postal service in Europe was formed.

The Roman army was renowned for its various formations of battle. The Testudo was a Roman infantry formation that was extremely effective against arrows and spears.

This construction implied that the Roman soldiers positioned their shields to form a roof like a barrier over their heads. The soldiers were also covered with shields on all sides to obtain a solid “wall”.

Use of urban development

Controlling vast amounts of land, housing, and buildings would be problematic if it was not properly planned. The Romans found an innovative solution to this problem in grid-like development. Each road and path was ordered, and each house “stood in its place.” This led to the orderly nature of the Roman rule.

The Roman Empire was indeed ahead of its time and made a significant contribution to the construction of the modern world. The Romans have always been at the f orefront of economics and aggression. In addition, their engineering skills spawned many inventions that served as the starting point for developing many of the modern devices that everyone can see today.

Codex: the first book in a binding commissioned by Caesar

In Roman times, people stored texts on stone or clay tablets, which were hard to carry, and that’s not even counting their fragility. The problem of storing them also limited the use of papyrus scrolls.

It was then that Julius Caesar decided to assemble a collection of papyrus to form a codex. This provided a more secure and controlled way to protect information. This Roman invention was then widely used by Christians to create the codices of the Bible.