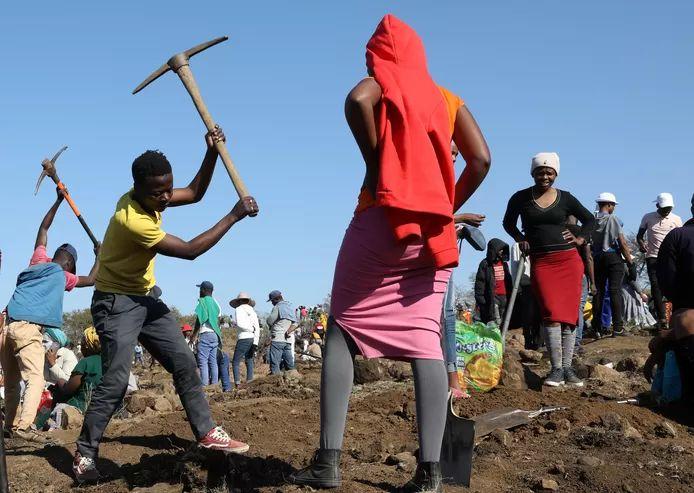 It was a herdsman who collided with a handful of unique stones last month in the village of KwaHlathi in the South African province of KwaZulu-Natal. The news quickly spread, and thousands of South Africans flocked to the region – one of the poorest in the country – because they believed there were diamonds to be mined. But research showed that it was quartz and not much more valuable diamonds.

The village of KwaHlathi is located more than 300 km southeast of Johannesburg. The region is one of the poorest in South Africa, which suffers from strong economic inequality and which saw unemployment rise further due to the corona pandemic.

Covid-19 has also walloped South Africa. According to Johns Hopkins University, with 1.8 million confirmed infections and almost 60,000 corona deaths, it is even the worst in all of Africa.

That precious gems were found just there and just now appealed to the imagination of many fortune seekers, who are desperately looking for a way out of their poverty. According to the BBC, there were thousands of them.

But in the meantime, the stones were examined and found to be quartz crystals. Quartz is the second most abundant mineral in our earth’s crust after feldspar. Unfortunately, the diamond rush did not yield the hoped-for result for the fortune seekers.

Studies show that the stones’ location is also geographically not where diamonds are normally present. The government is now examining whether there are other minerals in the soil that could provide employment.

In the meantime, she asks her citizens to stop illegal digging because it damages the environment.