A member of the fifteen-strong team suspected of the murder of the Saudi journalist Jamal Khashoggi wore the clothes of Khashoggi on the day of the murder. This is shown by images from security cameras, according to a Turkish official according to CNN. With a doppelganger, the Saudis would have wanted the Turkish authorities to believe that Khashoggi had left the consulate alive and well. This indicates that the killing of Khashoggi was planned. The Turkish press is also unveiling suspicious telephones between the Saudi consulate and the Saudi crown prince’s office on the day of Khashoggi’s death.

CNN obtained the exclusive images that are part of the Turkish government’s investigation. According to CNN it is clear that the man leaves the consulate through the back door and is dressed in the clothes of Khashoggi. He also wore a false beard and glasses. The same man was seen in the same clothes in the Blue Mosque of the city according to Turkish research, just a few hours after the journalist had last entered the consulate on 2 October.

The man on the video, identified by the official as Mustafa al-Madani, was reportedly a member of what the researchers call a death squad that was sent to kill the journalist in the Saudi consulate. That had to happen during a scheduled appointment to arrange papers for his upcoming marriage.

Deception
The Saudis obviously wanted surveillance cameras to make images of the man and that they would be picked up. That would confirm the Saudi’s claim in the days after Khashoggi’s disappearance on October 2, that he had left the consulate intact. The Saudis have never tried to support this claim with surveillance images of the doppelganger. Either they realized that the story was not credible or they waited for the Turkish authorities to fall into the trap.

However, Friday night, after denying for weeks, Riyadh admitted for the first time that Khashoggi was killed in the consulate. His fiancée waited for him at the entrance of the building.

Suspicious phones
The leak of the surveillance images is important because it seems to support the Turkish thesis that the Saudis had the intention either to kill Khashoggi or to take them to Saudi Arabia. The murder would thus have been committed premeditated.

Today, a Turkish pro-government newspaper states that on the day of Khashoggi’s death four telephone calls were made between the Saudi consulate and the office of crown prince Mohammed bin Salman in Riyadh. That message is not substantiated, but previous leaks from the Turkish government to the Turkish press turned out to be correct afterwards.

The disclosure of the phone calls puts the responsibility for Khashoggi’s death closer to the crown prince, although it is not known what was said during those conversations. The statement that Riyadh issued Friday for the death of Khashoggi – that he died in a brawl and that 18 Saudis were arrested – is greeted with skepticism. Observers call it a cover to cover up the crown prince’s responsibility.

Spain send 55 migrants back after storming of North African exclave 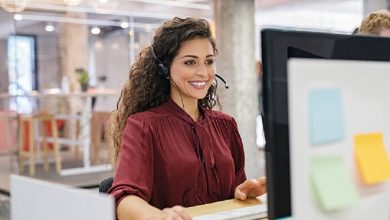