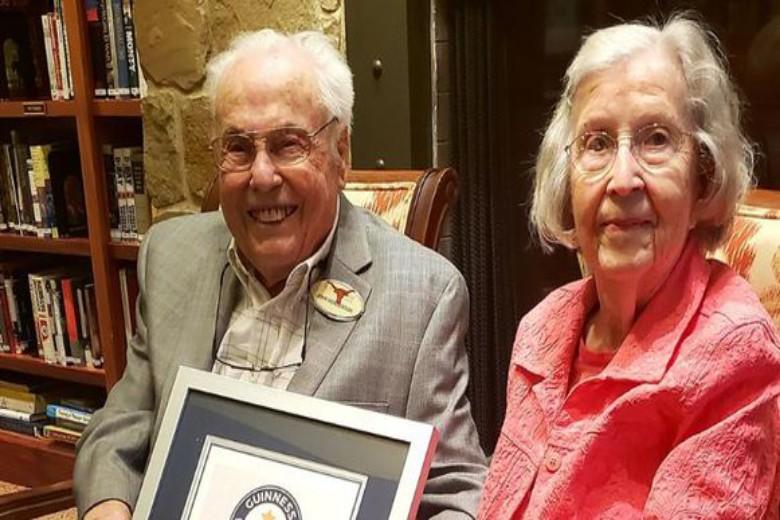 John and Charlotte Henderson from Texas will be married for 80 years on December 15. That in itself is a punishment, but they are also currently the oldest couple in the world. John is 106, Charlotte 105. It gives them a place in the Guinness Book of World Records.

They met at the University of Texas in 1934. Charlotte studied there to be able to teach later, John was on the football team. It was a frying pan and in 1939 they married. The hotel room on their honeymoon cost 7 dollars.

John Henderson is also the oldest living former football player in Texas. In the past 84 years he watched a match at least once a season. He still trains every day, which keeps him in shape. Just like his wife, who is also very healthy.

Ten years ago they moved together in a kind of service flat connected to the former students’ association of the University of Texas.

The question: how do you get so old and stay happily married? John knows: “Live in moderation and be kind to your wife.”