In these times of fake news, few editors still venture into April fool. Yet April 1 does not go unnoticed, because, since the rise of social media, companies see an extra advertising opportunity.

April fool can sometimes get out of hand, resulting in massive police deployment or even evacuations.

These are a few examples:

On 1 April 2014, an American mother thought it would be fun to send a text April fool message to her daughter. Angela Timmons worked at a college in Virginia and reported that he heard gunfire. Her troubled daughter then tries in vain to reach Angela, so she just calls the emergency number 911. The police don’t take any risks and immediately take a big leap. Only on-site does it become clear that the alarm is false. Fortunately, there is no question of a school shooting. Timmons is then arrested.

A radio presenter of the English radio station Southern FM could not suspect in 2001 that his April joke would lead to a permanent change of the landscape. The man reported that one from the studio in Brighton replica of the Titanic would sail past Cape Beachy Head. Beachy Head is a bay with chalk cliffs near Eastbourne in the far west of England. Many people accept the April fool joke for real and come and take a look on the spot. The police and the coast guard are ‘not amused’. The large flood causes a piece of the cliff to crumble and fall into the sea a few days later.

A Jordanian newspaper reported on their front page in 2010 about a UFO (Unidentified Flying Object) who had landed near the city of Jafr. The local mayor kicks in the April fool joke. Soldiers must promptly look for the probable landing site. The mayor also recommends a large-scale evacuation. No less than 13,000 people have to leave egg as soon as possible after their home. In the end, it does not get that far, but a lot of residents have anxious moments.

Notwithstanding, we are and will remain a fan of 1st April. Or what do you think about these successful April fools?

The unsurpassed April 1st joke is in the name of the BBC. On April 1st, 1957, the British public broadcaster reported in the Panorama program that thanks to the mild winter and the disappearance of the dreaded spaghetti weevil (a weevil is an existing beetle species, a spaghetti weevil was made up) the Swiss spaghetti harvest reached unprecedented heights. In addition, the program showed images of Swiss farmers who extracted pasta strings from the trees. Many viewers asked the BBC how they could grow spaghetti trees themselves. “Place an uncooked spaghetti in a can of tomato sauce and hope for the best,” was the answer.

Another legendary April fool joke dates from 1969. Dutch people who refused to pay their TV and radio license fees, a tax that financed public service programs, could not be traced if they wrapped their TV set with silver paper, Dutch radio news reported. It provides a nationwide run on silver foil. Many stores run out of stock immediately.

Seriously injured woman asked agent: "a photo for my Instagram" 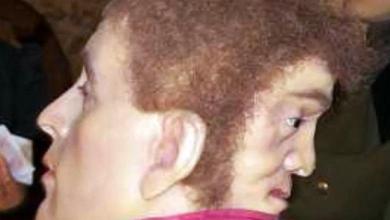