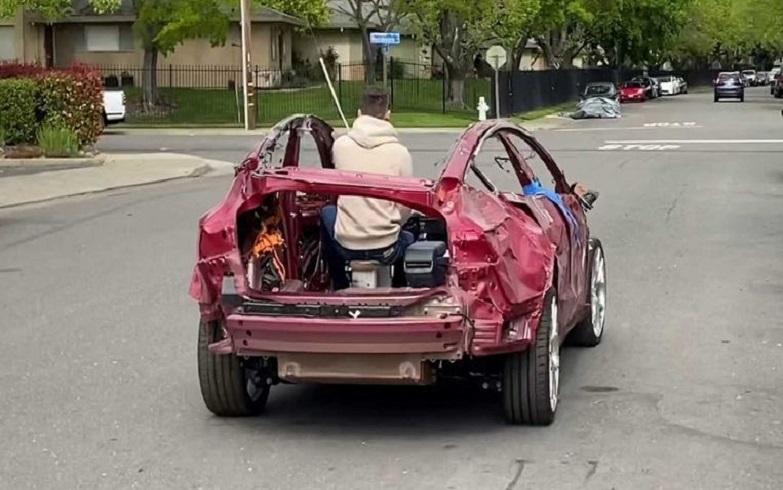 At first glance, this Tesla Model 3 is a total loss, and that’s right! But it still drives. The remain brought in $15,599, and only they are not waiting for a possible reconstruction at Tesla.

The electric Tesla Model 3 in these photos has been rolled over several times, according to the owner, but the handling has not suffered. The proof is provided by a YouTube video in which the wheeled wreck even drives off and looks like it accelerates more than excellent.

In fact, due to the enormous weight loss, this is probably the fastest Model 3 in the world. On eBay, the owner praised the low mileage of 10,787 miles of the 2018 Model 3 Performance – or what’s left of it.

The front axle and suspension would be completely new. Also, the car can still be charged, despite a dent in the battery pack. According to the owner, the vehicle is already worth $20,000 on loose parts.

The Tesla car eventually brought in 15,599 dollars. It is to be hoped that the buyer knows that Tesla is not waiting for cars with a lot of damage to be rebuilt.

There is not even a guarantee that such cars will continue to receive software updates. The trademark allegedly also blocks Tesla’s that are registered as a total loss at the Supercharger charging stations. Still, according to the website Insideevs.com, this only applies to Model X and Model S.